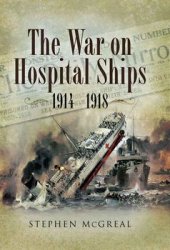 It is often said "The first casualty of war is the truth" and there is no better example of this than the furore caused by the claims and counterclaims of the British and German Governments at the height of the First World War. Wounded allied personnel were invariably repatriated by hospital ships, which ran the gauntlet of mined waters and gambled on the humanity of the U- Boat commanders. For, contrary to the terms of the Geneva Convention, on occasions Germany had sunk the unarmed hospital ships under the pretense they carried reinforcement troops and ammunition. The press seized on these examples of 'Hun Barbarity', especially the drowning of noncombatant female nurses.