The Russian Origins of the First World War 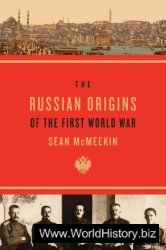 Author: Sean McMeekin
The Russian Origins of the First World War
Belknap Press
ISBN: 0674072332
2013
Format: PDF
Size: 5,6 МБ
Language: English
Pages: 344
The catastrophe of the First World War, and the destruction, revolution, and enduring hostilities it wrought, make the issue of its origins a perennial puzzle.
Since World War II, Germany has been viewed as the primary culprit. Now, in a major reinterpretation of the conflict, Sean McMeekin rejects the standard notions of the wars beginning as either a Germano-Austrian preemptive strike or a tragedy of miscalculation. Instead, he proposes that the key to the outbreak of violence lies in St. Petersburg.