The Lady Be Good: Mystery Bomber of World War II 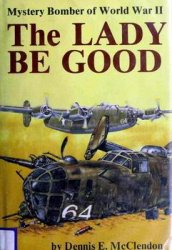 In April of 1943 an American B-24 bomber dubbed Lady Be Good disappeared over the Libyan desert after a bombing raid over Italy. Sixteen years later an oil exploration crew found the plane - practically intact - sitting on the desert some 400 miles south of where it had been based. The author, an Air Force major and professional writer, attempts to reconstruct what happened to the plane and its crew of 9 men. He traces the plane from its factory to North African duty, and he tells how its crew were trained and brought together to fly it.