Hitler: A Life in Pictures (Images of War Special) 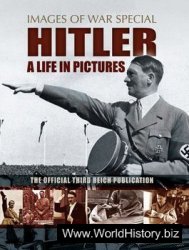 This exceptional source is probably the best of the contemporary accounts of Hitler in power, albeit from a heavily pro-Nazi stance. The testimonies collected together were based on interviews conducted by Heinz A. Heinz in 1933 and 1934, shortly after Hitler had taken power.