Hitler's Paratrooper: The Life and Battles of Rudolf Witzig 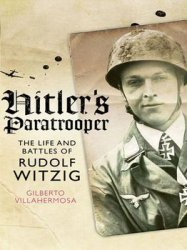 Rudolf Witzig entered the history books as the heroic captor of Belgium’s supposedly impregnable fortress Eben Emael in May 1940 – the first time that glider-borne troops were used in the war. To many people, he is also known as the commander of the battle group that fired the first shots of the Tunisian campaign.