Tiger I and Tiger II 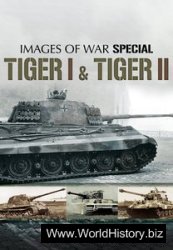 The German Tiger I and Tiger II (known to the Allies as the ‘King Tiger’ or ‘Royal Tiger’) were the most famous and formidable heavy tanks of the Second World War. In their day, their awesome reputation inspired such apprehension among Allied soldiers that the weaknesses of these brilliant but flawed designs tended to be overlooked. Anthony Tucker-Jones, in this illustrated history, tells the story of their conception and development and reconsiders their operational history, and he dispels the legends and misunderstandings that have grown up around them.