A Detail on the Burma Front 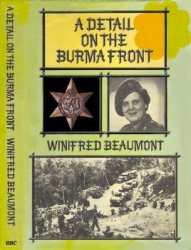 Winifred Beaumont volunteered on impulse for the army nursing service, and reluctantly went abroad. She was already an experienced field theatre nurse, and thus in the Far East in 1944 a valuable piece of woman-power. In army parlance she was a Detail, a nursing sister who could be sent wherever she was most needed. For in that jungle campaign, seven times as many men were out of action from sickness or disease as were killed or wounded by the enemy. Her brief army career was crammed with living, and she describes it with affection and a great sense of humour.