Fighters Under Construction in World War Two (Images of War) 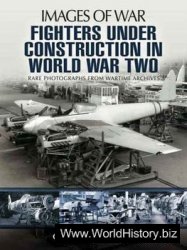 There has been bookshelf after bookshelf of books compiled, written and published about British aircraft, the Royal Air Force and the activities of its pilots during World War Two. Tales of derring do, bravery and gallantry quite rightly litter the bookshelves and libraries, but little has appeared in print about the could be called the unsung heroes, those that designed, built and maintained the fighting equipment used to eventually defeat the enemy.This is all the more incredible when one realizes that there exists a huge archive of images that have survived which clearly show the skills and scale of what went on.