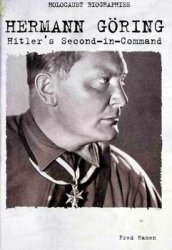 One man- Hermann Goring- was with Hitler from his beginnings as a minor politician in Munich to his triumph as commander of the German army. Soldier, politician, and general, Goring was an important and influential member of the Nazi Party who did more to bring about both its successes and its ultimate failure than any other man.