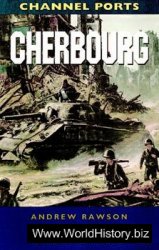 Following the landings in Normandy, one of the Allies main concerns was how to supply the expanding beachhead. Having cut off the Cotentin peninsula, General Bradley turned his attentions to the port of Cherbourg, the deep-water port nearest to the American landing beaches. However, Hitler had given specific orders that the port must be held until the last man. For over two weeks three divisions battled for the ring of forts surrounding the town and only after heavy casualties was the port taken. It was, however, too late, the Germans had reduced the docks to ruins. This book details this important, yet little known battle, giving a detailed and illustrated account of the events around Cherbourg in June 1944. Visitors to the area will also be able to visit the key sites on a series of tours around the peninsula.