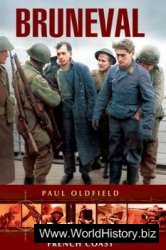 The Bruneval Raid, launched against a German radar installation on the French coast in February 1942, was unique: it was one of the first fully combined operations put together by HQ Combined Operations under Mountbatten; for the first time a unit of the newly formed British Parachute Regiment went into action; it was the only raid carried out purely to satisfy the needs of scientific intelligence. It was highly successful and the results achieved were out of all proportion to the resources committed.This book covers the development of radar, the search for German radar in the Second World War, the discovery of Würzburg radar at Bruneval, the planning and preparations for the audacious raid, its highly successful execution and the aftermath.