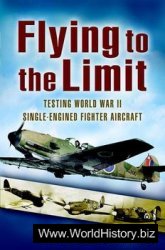 During the years preceding and during World War II, the RAF and the Royal Aircraft Establishment were responsible for the selection and procurement of British military aircraft and also to evaluate their capabilities against captured enemy models whenever possible. During the lend-lease agreement with the USA, the RAF and Fleet Air Arm operated several American designs, each of which was tested to evaluate its potential.