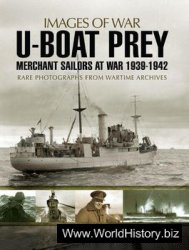 During the first stages of the Second World War, all forces were rallied in an attempt to support the Allied effort. With trade and supply routes to Britain suddenly being placed at great risk, a stalwart team of merchant sailors were required to protect vital supplies for the British people, as well as shipping vital army necessities back and forth. The efforts of the sailors involved really can't be overstated. Despite the fact that they didn't wear uniforms, and few were rewarded with medals or memorials, they were certainly as worthy of the title 'front-line warrior' as the guardsmen and fighter pilots to whom they transported necessary combat supplies. Indeed, many are in agreement that their efforts stood between the might of German forces and the domination of the world.