Submarines in the Pacific 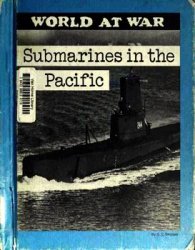 Allied submarines were used extensively during the Pacific War and were a key contributor to the defeat of the Empire of Japan. During the war, submarines of the United States Navy were responsible for 55% of Japan's merchant marine losses; other Allied navies added to the toll. The war against shipping was the single most decisive factor in the collapse of the Japanese economy. Allied submarines also conducted reconnaissance patrols, landed special forces and guerrilla troops and performed search and rescue tasks. The majority of the submarines involved were from the U.S. Navy, with the British Royal Navy and the Royal Netherlands Navy contributing smaller numbers of boats.