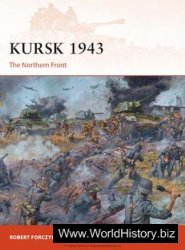 In the summer of 1943, recoiling from defeat at Stalingrad, Hitler conducted a limited objective offensive to eliminate the Soviet Kursk salient. Operating a classic pincer attack of the kind that succeeded during the 1942 Kharkov campaign he hoped that the resulting heavy losses inflicted on the Red Army would give the Wehrmacht time to recover its strength. However, the Soviet anticipation of the attack led to extensive losses on both sides as Soviet anti-tank mines and fierce fighting pushed the Germans back, liberating the German-held Orel in the process.