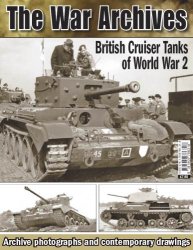 Developed according to a specifi cation drawn up by Lieutenant-Colonel E D Swinton, and designed by William Tritton, the tank was the brainchild of Winston Churchill, then First Lord of the Admiralty. Churchill hoped that his massive, armoured ‘landships’ would be able to break the stalemate that was the inevitable result of the opposing armies becoming entrenched on the Western Front