The Book of Camouflage: The Art of Disappearing 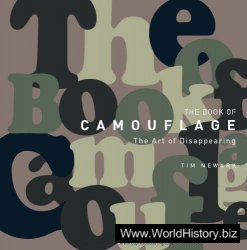 From its origins to its use in combat today, ‘The Little Book of Camouflage’ tells the history of camouflage in conflict. Its conception, its uses and the colours are looked at, as well as the key patterns - such as the German uniforms of World War II, the ever-recognisable American type worn during Vietnam and the British DPM - forming a sort of recognition guide to the various patterns in use in the armies of history and present day.
Illustrated throughout with the patterns themselves and images of camouflage in use, Tim Newark presents a quick and detailed look at the most prolific camouflage patterns.