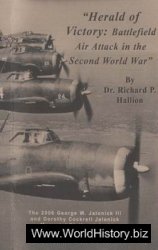 Air warfare was a major component of World War II in all theatres and, together with anti-air attack, consumed a large fraction of the industrial output of the major powers. Germany and Japan depended on air forces that were closely integrated with land and naval forces; they downplayed the advantage of fleets of strategic bombers, and were late in appreciating the need to defend against Allied strategic bombing. By contrast, Britain and the United States took an approach that greatly emphasised strategic bombing, and to a lesser degree, tactical control of the battlefield by air, and adequate air defences. They both built a strategic force of large, long-range bombers that could carry the air war to the enemy's homeland. Simultaneously, they built tactical air forces that could win air superiority over the battlefields, thereby giving vital assistance to ground troops. They both built a powerful naval-air component based on aircraft carriers, as did Japan; these played the central role in the war at sea.