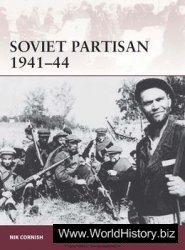 he partisan war in the Soviet Union from 1941 to 1944 has been the subject of considerable political manipulation in the decades following 1945. In great part this was due to the need to project the image of a country united behind Joseph Stalin and the Communist regime when the truth was much more complex than that. The opening weeks of Operation Barbarossa had exposed the lack of unity in the Soviet Empire as nationalist and anti-Communist groups emerged in the western provinces such as Belo Russia, Galicia, Bukovina, Ukraine and the Baltic states of Latvia, Lithuania and Estonia.