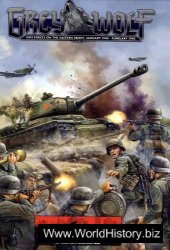 Grey Wolf contains all the Germans, Hungarians and Finnish forces you will be familiar with from Stalin's Onslaught, Hammer and Sickle, River of Heroes and Stalin's Europe. We've also added our most popular PDF Intelligence Briefings as well as some new Briefings and some forces from Fortress Europe.