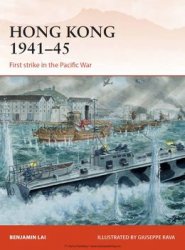 On 8th December 1941, as part of the simultaneous combined attack against Pearl Harbor, the Imperial Japanese Army (IJA) invaded the Philippines, Thailand and Malaysia and the British colony of Hong Kong. After only 18 days of battle the defenders, a weak, undermanned brigade, were overwhelmed by a superior force of two battle-hardened IJA divisions. What defines the battle of Hong Kong was not the scale - just 14,000 defended the colony - but the intensity of this battle, fought not only by the British Army, Navy and Air Force but also Canadians, Hong Kong’s own defence force, the Indian Army and many civilians.