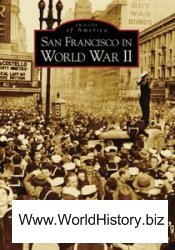 Nautilus: The Story of Man Under the Sea 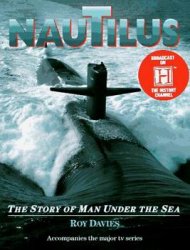 "Nautilus' tells the story of the submarine, a vessel which revolutionized naval warfare in the course of 50 years, and the men who designed them and worked on them. In their short history submarines and submersible craft have played a decisive role in two world wars and today they roam the oceans, bearers of nuclear arsenals, ready to surface anywhere and strike any target. The book starts with the dramatic story of how Russian scientists and naval officers set about the task of constructing a nuclear submarine from scratch and with little knowledge of advances in nuclear physics in the rest of the world. The story then goes back to the days of the early pioneers, and follows rivalries and developments up to the First World War. During the war, submarines went into conflict for the first time. The German U Boat commanders became heroes at home as they roamed the seas, sinking hundreds of thousands of tons of British shipping. After the war miniature underwater craft, used for commando raids and suicide missions, were developed. In the Second World War we follow the fortunes of three subs - one British, one American and one German - and share the experiences of hunted and hunters, in a conflict in which for the first time submarine operations were integrated into overall naval strategy with devastating effect.

The Hebrides at War 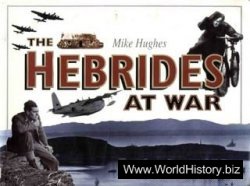 Author: Mike Hughes
The Hebrides at War
Birlinn Ltd
ISBN: 0862417716
1998
Format: PDF
Size: 22,2 МБ
Language: English
Pages: 124
This title tells the story of Oban and the Hebrides in World War II from the author's private photograph collection of this period. Included are first-hand accounts from military and civilians of U-boat attacks, convoy attacks, gathering, training and repairs and the preparation for D-day. 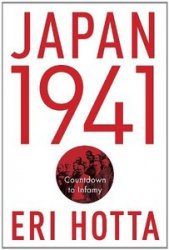 Author: Eri Hotta
Japan 1941: Countdown to Infamy
Alfred A. Knopf
ISBN: 0307594017
2013
Format: EPUB
Size: 5,2 МБ
Language: English
Pages: 352
A groundbreaking history that considers the attack on Pearl Harbor from the Japanese perspective and is certain to revolutionize how we think of the war in the Pacific.
When Japan launched hostilities against the United States in 1941, argues Eri Hotta, its leaders, in large part, understood they were entering a war they were almost certain to lose. Drawing on material little known to Western readers, and barely explored in depth in Japan itself, Hotta poses an essential question: Why did these men—military men, civilian politicians, diplomats, the emperor—put their country and its citizens so unnecessarily in harm’s way? Introducing us to the doubters, schemers, and would-be patriots who led their nation into this conflagration, Hotta brilliantly shows us a Japan rarely glimpsed—eager to avoid war but fraught with tensions with the West, blinded by reckless militarism couched in traditional notions of pride and honor, tempted by the gambler’s dream of scoring the biggest win against impossible odds and nearly escaping disaster before it finally proved inevitable.

Conquest of the Balkans 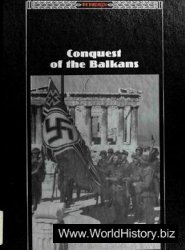 A book in the Time-Life series about the Third Reich. A comprehensive description of the conquest of the Balkans with essays.

Previous Next
Back to top