Palmyra /ˌpælˈmaɪərə/, (Aramaic: ܬܕܡܘܪܬܐ‎; Arabic: تدمر‎; Hebrew: תַּדְמוֹר‎; Ancient Greek: Παλμύρα), was an ancient Semitic city, located in Homs Governorate, Syria. Dating back to the Neolithic, Palmyra was first attested in the early second millennium BC, as a caravan stop for travelers crossing the Syrian Desert. The city is mentioned in the Hebrew Bible and in the annals of the Assyrian kings, then it was incorporated into the Seleucid Empire, followed by the Roman Empire which brought great prosperity.

Palmyra's wealth allowed the construction of many monumental projects. By the third century, Palmyra was turned into a prosperous metropolis, with a strong army capable of defeating the Sassanid empire in 260. Following the victory, Palmyra's chief Odaenathus was proclaimed king but was assassinated in 267. He was succeeded by his minor son, under the regency of queen Zenobia, who started invading the Roman eastern provinces in 269. The rebellion was masked by a nominal subordination to Rome. However, the situation escalated and the Palmyrene rulers adopted the imperial titles in 271. Roman emperor Aurelian defeated Palmyra in 272, and destroyed it in 273 after a failed second rebellion. Palmyra became a minor city under the rule of the Byzantines, Rashiduns, Ummayads, Abbassids, Mamluks, and their vassals. After being destroyed by the Timurids in 1400, Palmyra remained a small village under the rule of the Ottomans until 1918, then the Syrian kingdom, followed by the French mandate. In 1929 the French started evacuating the villagers into the newly built village of Tadmur. The evacuation was completed in 1932 and the site became abandoned and available for excavations.

The Palmyrenes were mainly a mix of Amorites, Arameans and Arabs,[1] in addition to a Jewish minority. The society was tribal and the inhabitants spoke their own dialect of Aramaic, in addition to Greek. Both of the languages were replaced by Arabic following the Arab conquest in 634. Palmyra's local culture was influenced by the Greco-Roman and Persian cultures, which produced a distinctive art and architecture. The city's inhabitants worshiped local deities, in addition to Mesopotamian and Arab gods. They later converted to Christianity in the fourth century, followed by Islam in the second half of the first millennium.

The Palmyrene political organization was based on the Greek city-state model, it was governed by a senate responsible for the public works and the military. After gaining the status of a Colonia in the third century, Palmyra's incorporated Roman institutions to its system before adopting a monarchical system in 260. Palmyra gained its wealth from caravan trade. The Palmyrenes were renowned merchants who established colonies along the Silk Road, and conducted their operations all around the Roman empire.
http://en.wikipedia.org/ 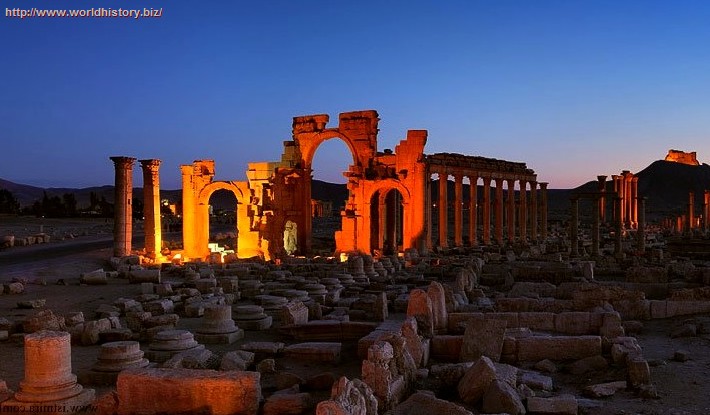 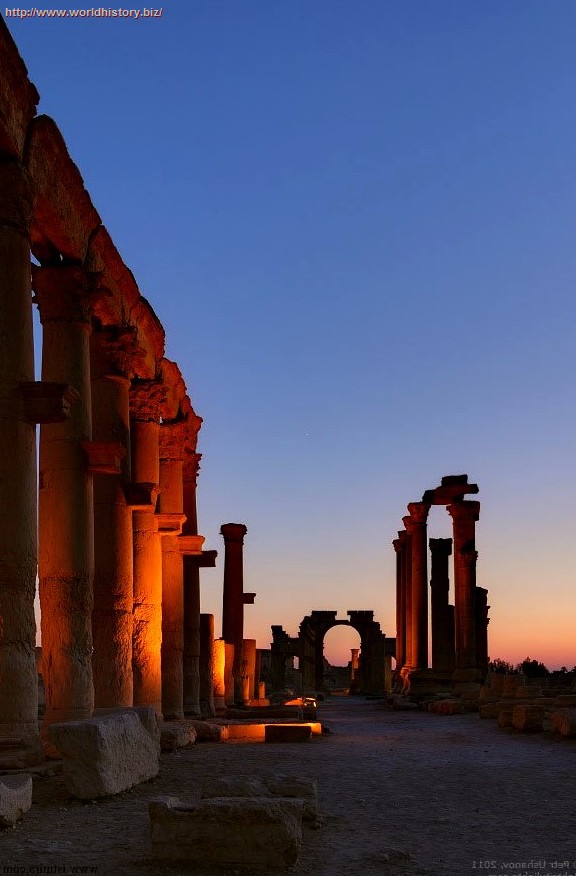 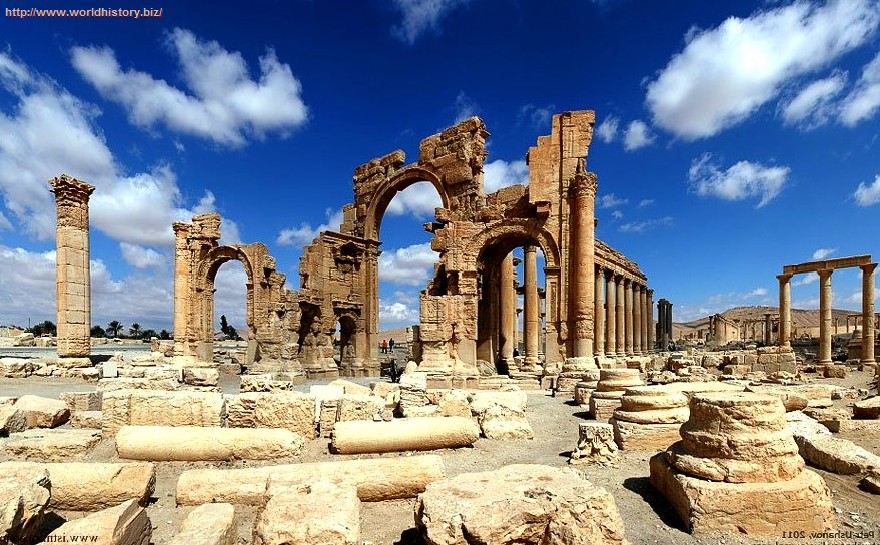 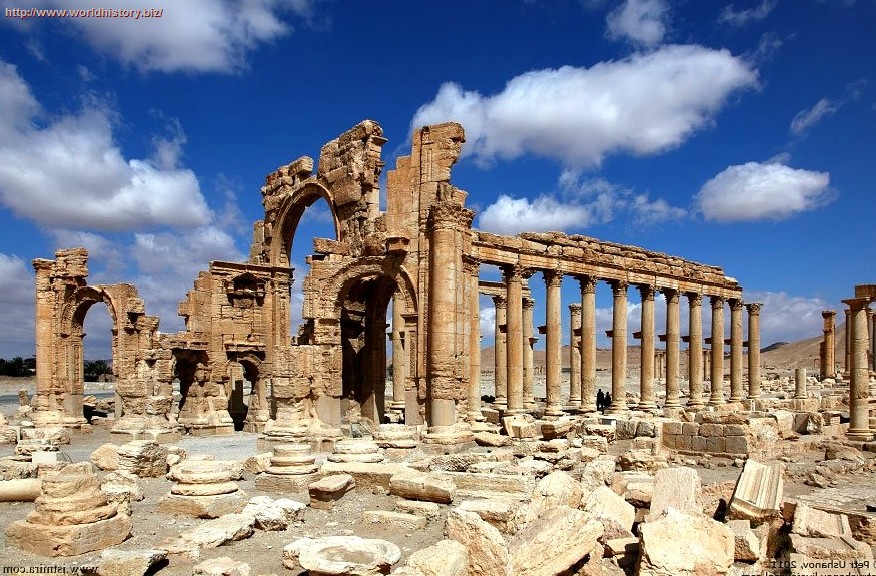 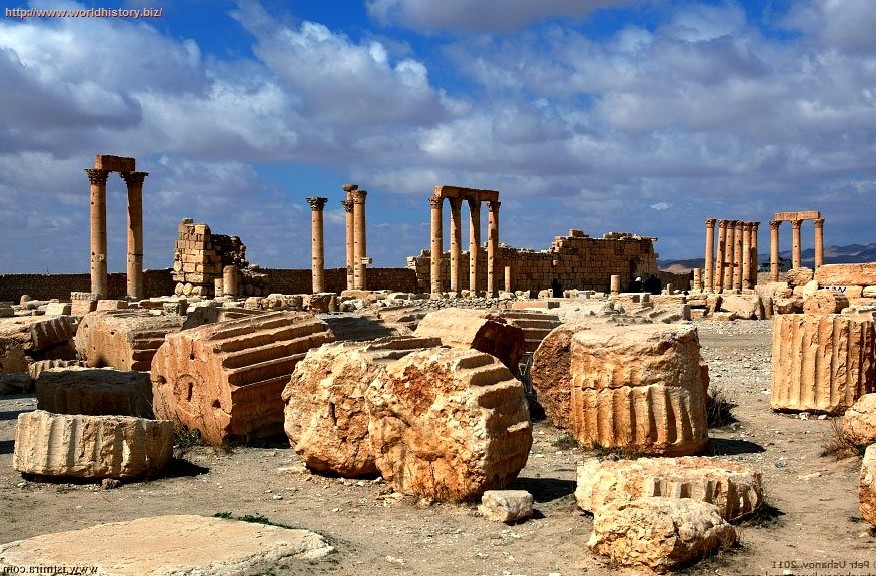 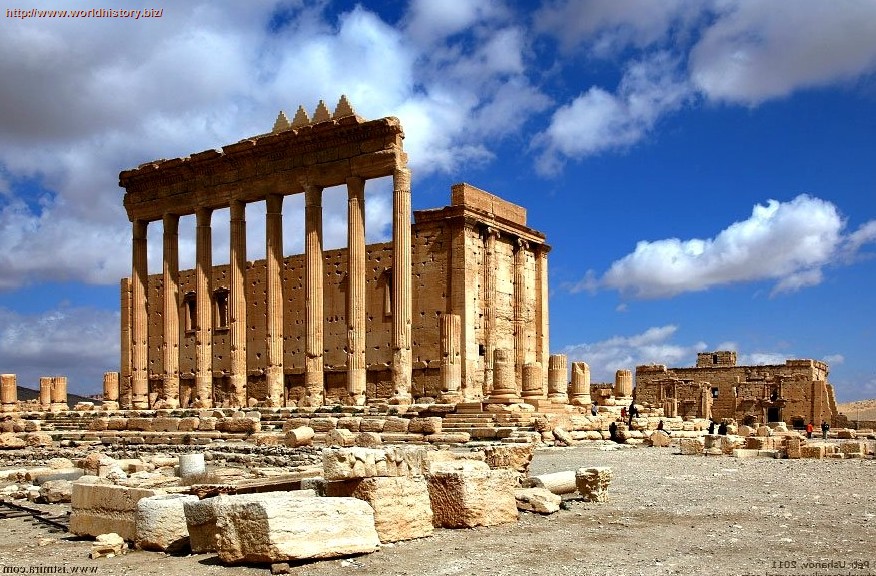 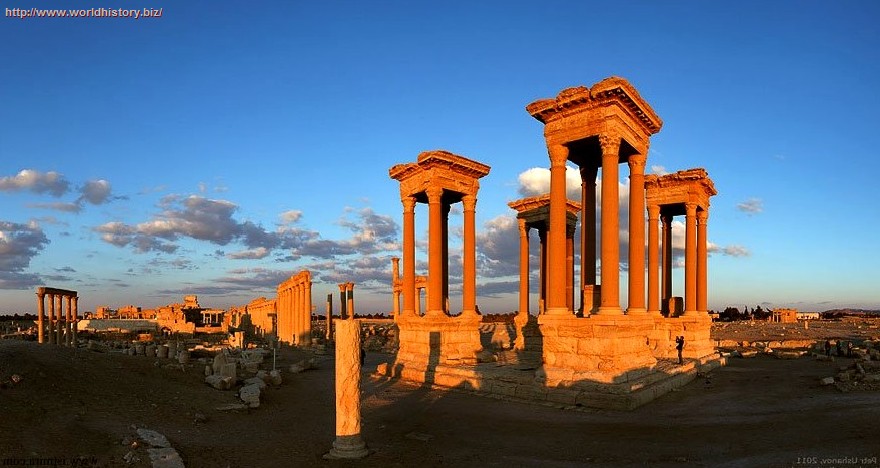 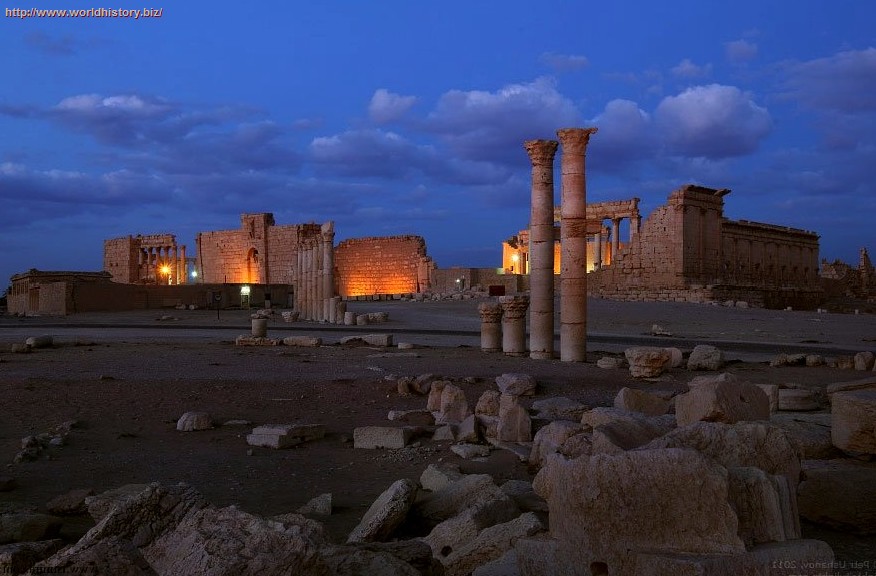 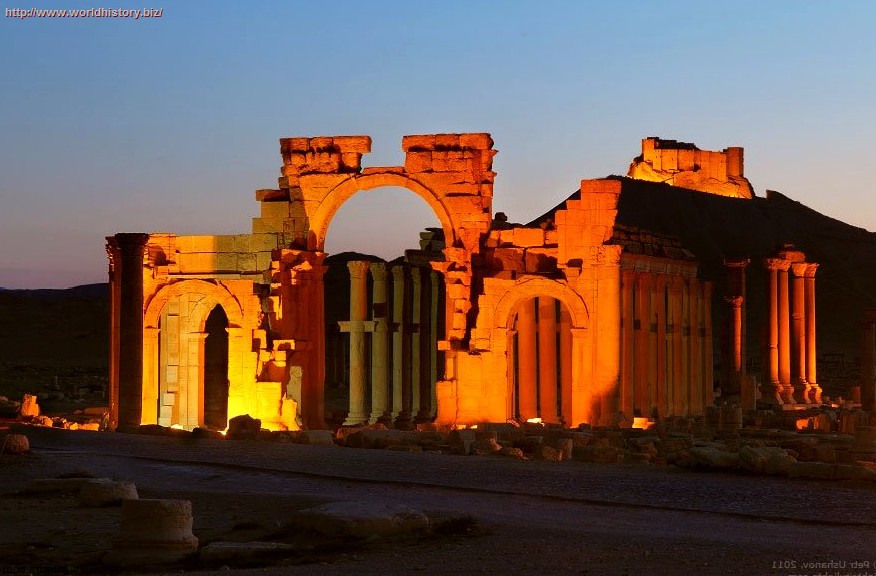 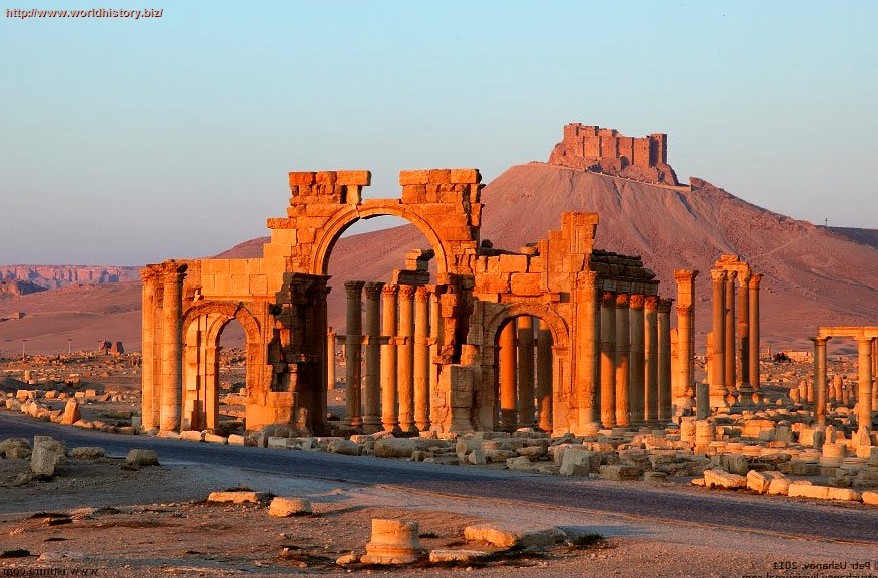 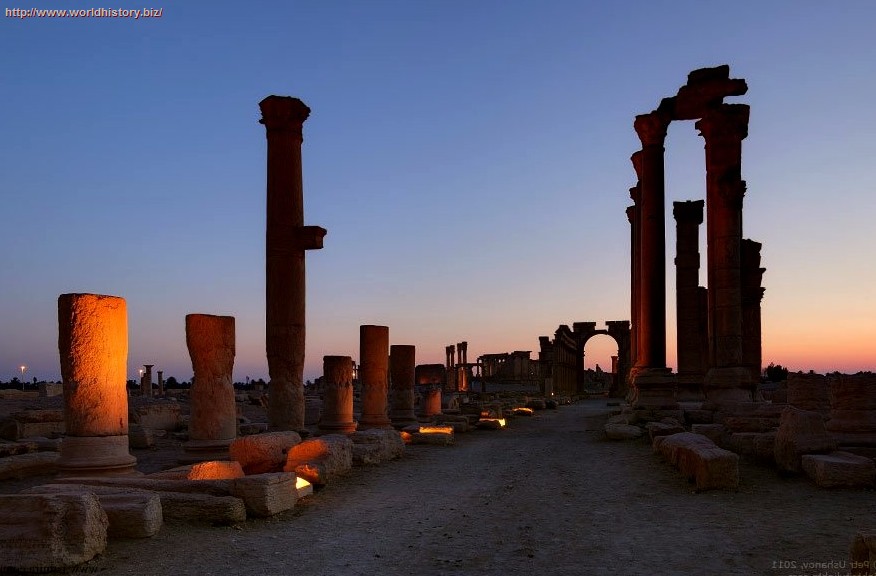 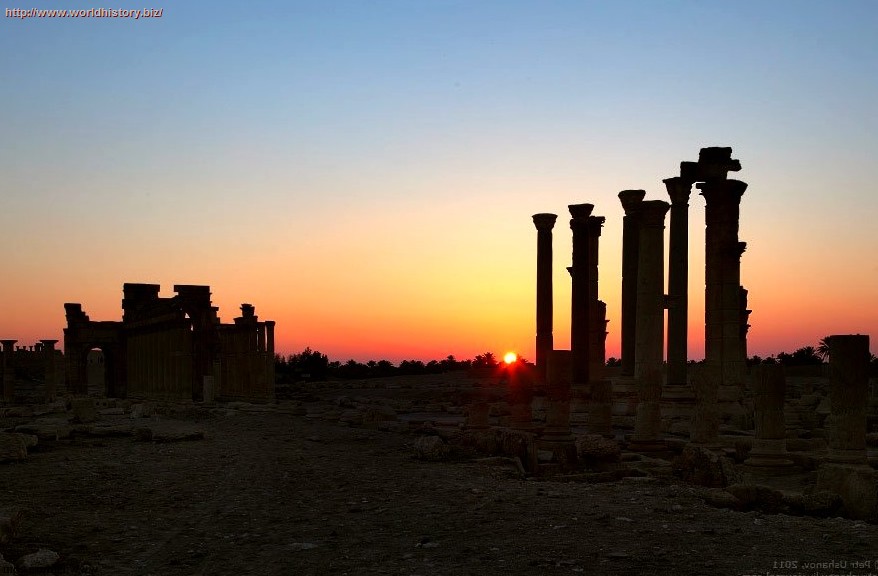 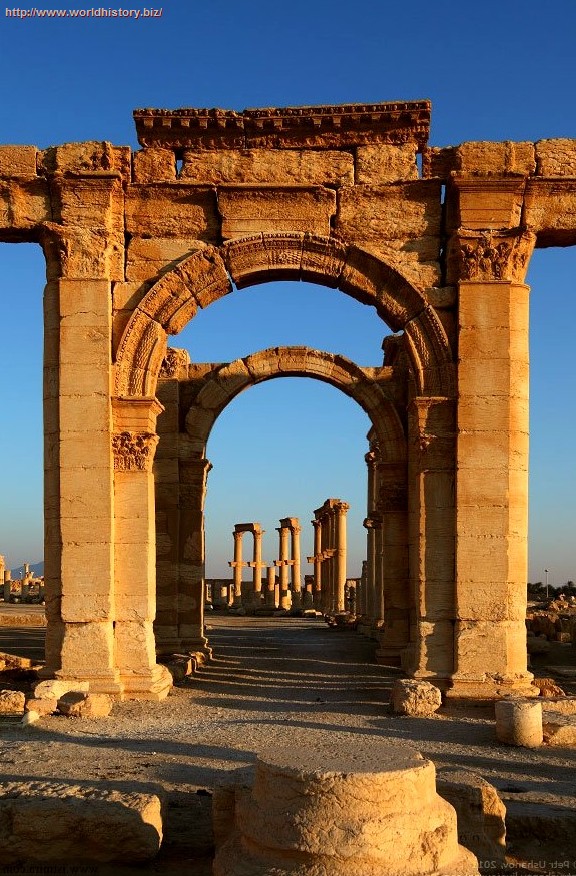 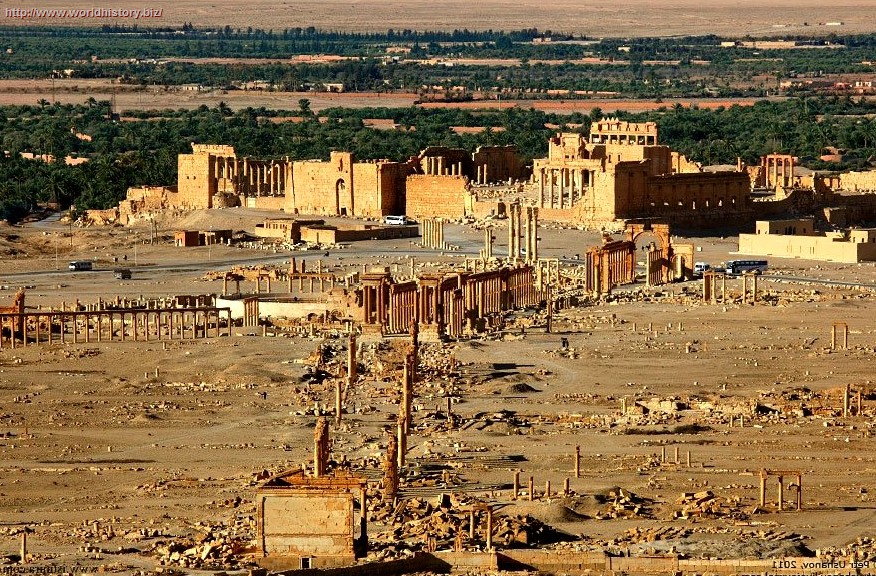 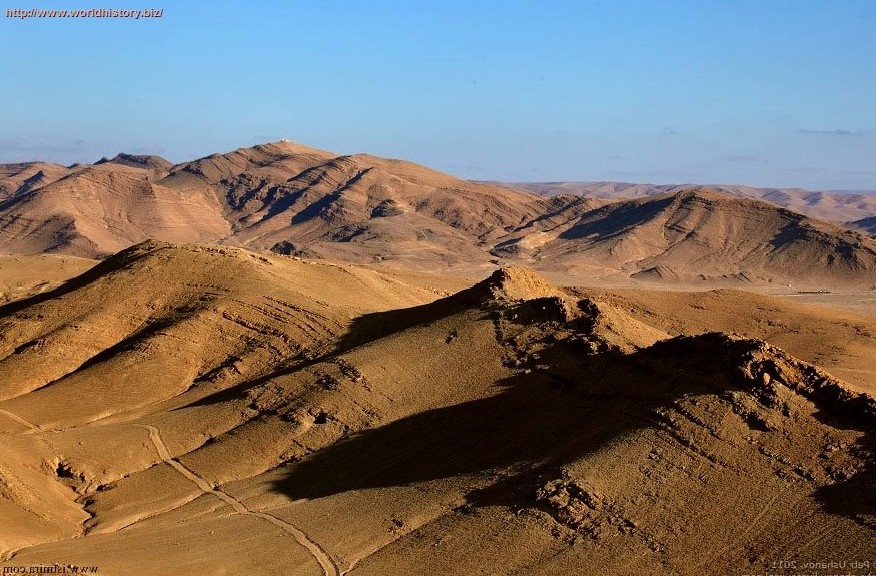 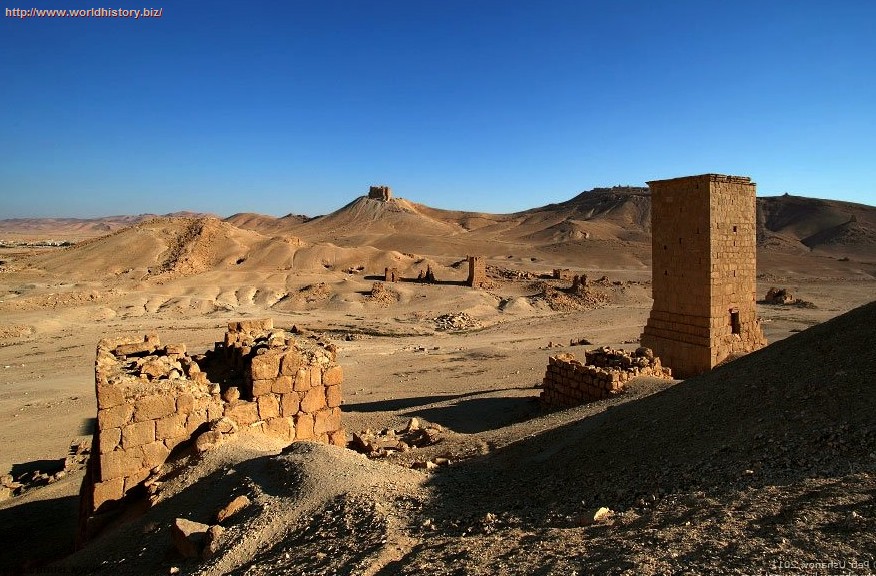 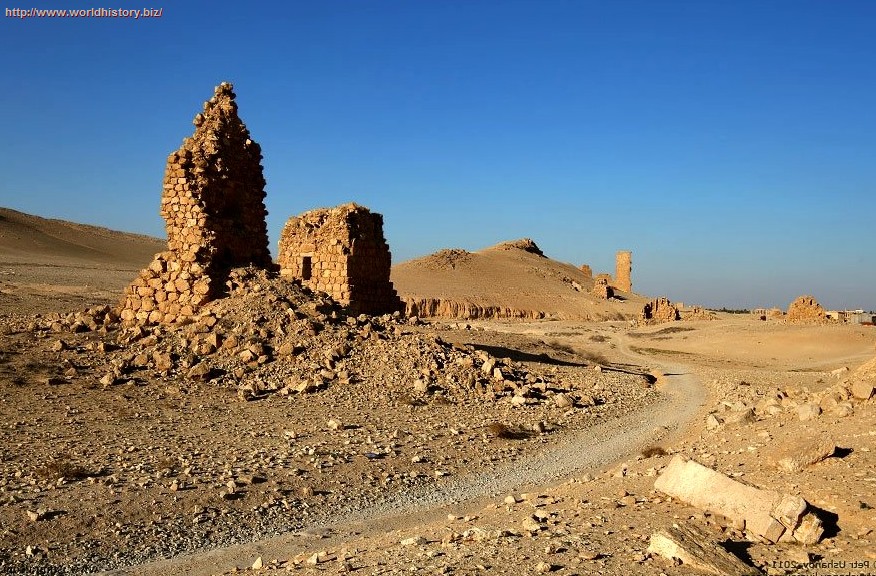 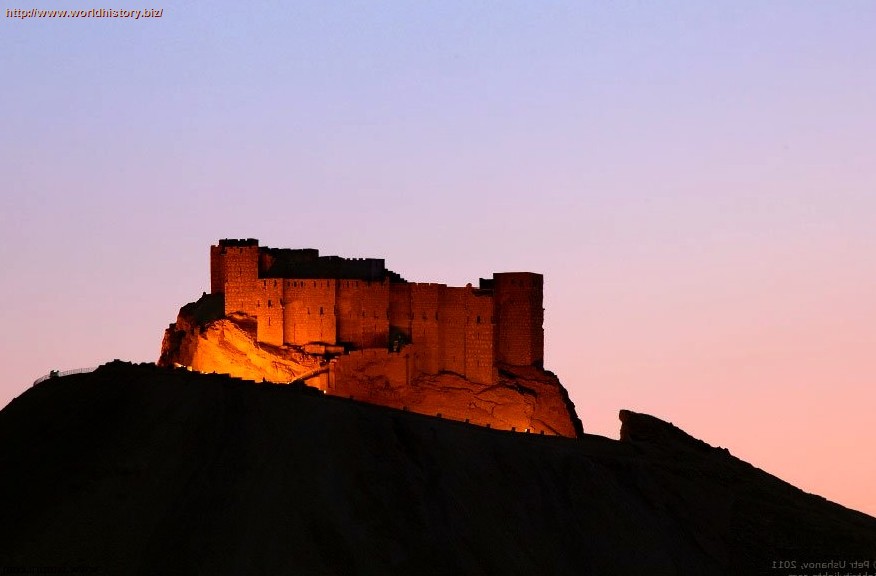