Jack Malcolm Thorpe Fleming Churchill graduated from Sandhurst Military Academy in 1926 and joined the storied Manchester Regiment of the British Army. He spent his first few years in the army riding his motorcycle across the entire Indian subcontinent (both the paved and the unpaved paths) just for the hell of it and learning to play the bagpipes despite the fact that he was about as Scottish as Shaka Zulu. After about ten years of doing crazy shit in the army, Jack Churchill retired. In his time off he worked as a newspaper editor, a professional male model and a movie extra, all the while honing his skill at archery and bagpiping on the side. He even represented England in the Archery World Championships in 1939. But guys like Jack Churchill aren't satisfied just by being a bizarre mesh of Robin Hood and Derek Zoolander, so he re-enlisted. And in the early months of 1940, he had his opportunity to prove himself as a distinguished, if not slightly eccentric, officer of the British Army.

He had been shipped to France to assist the rest of the British Expeditionary Force in their mission to reinforce the Maginot Line, but not long after Churchill arrived Hitler decided to send his legions to seriously fuck up France and the Brits found themselves right in the middle of a raging shitstorm. The British troops were being pushed back towards the sea by the unstoppable Blitzkrieg, doing whatever they could to stall the Germans' relentless advance.

Well Jack Churchill had some ideas. He not only refused to give ground, but he launched small-scale guerrilla raids and surprise attacks on German positions and supply depots. Riding his trusty motorcycle and armed only with a motherfucking bow and arrow and a Scottish broadsword, he would assault the Germans, catch them completely off-guard, and fuck their shit up medieval-style. When asked by a fellow officer why Churchill insisted on carrying the broadsword into battle with him, he responded, "In my opinion, sir, any officer who goes into action without his sword is improperly dressed".

Despite being shot in the fucking neck by a German machine gun, "Mad Jack" Churchill (as he came to be known) battled throughout the Dunkirk campaign, at one point even winning the Military Cross for bravery when he rescued a wounded British officer from a German ambush -- probably by swinging in on a rope, stabbing a Nazi officer in the chest with his sword and then beating up another eight guys with his bare hands, but that's just a guess.

After Dunkirk, Jack returned to England and promptly signed up to be a member of a new organization known as the Commandos. He wasn't sure what a Commando was, but he was excited about the prospect of kicking German asses, so he couldn't resist. He was promptly put through the grueling training regimen of the British Special Forces, and he loved every minute of it.

When his training was completed, he took part in the daring amphibious assault on the German base in Vaagso, Norway. As the leader of Number 2 Commando, Churchill was responsible for taking out the artillery batteries on Maaloy Island. As the landing craft raced towards their LZ, he belted out "The March of the Cameron Men" on the bagpipes to pump up his men and prove to everyone how awesome he was. When the assault ramp swung open, he fearlessly waded through knee-deep water out at the head of his men, with his trusty blade lofted high in the air, screaming "COOMMAAAAAAANNNNDOOOO!!!!!" at the top of his lungs. Two hours later, British High Command received a telegram from the front:

During the British landing at Salerno, he won another award for bravery. His squad was charged with taking out an artillery battery that was pinning down a nearby British force, despite the fact that the town of Piegoletti (where the guns were based) was garrisoned by a force much larger than his own Number 2 Commando. Well Churchill was like, "fuck that". In the middle of the night, he had his men charge the town from all sides, screaming "COOMMAAANNNNDOOO!!!" as loud as possible. The Germans were confused and surprised, and mounted a futile resistance. The 50 men of Number 2 Commando took 136 prisoners and inflicted an unknown number of casualties.

But that wasn't even the most balls out thing Mad Jack did on that campaign. One night, he single-handedly took forty-two German prisoners and captured a mortar crew using only his broadsword. He simply took one patrolling guard as a human shield and went around from sentry post to sentry post, sneaking up on the guards and then shoving his sword in their faces until they surrendered. His response when asked about how he was able to capture so many soldiers so easily:

"I maintain that, as long as you tell a German loudly and clearly what to do, if you are senior to him he will cry 'jawohl' (yes sir) and get on with it enthusiastically and efficiently whatever the situation."

Now if that's not hardcore, then nothing is.

Churchill continued to lead his men in action against the German forces in Yugoslavia, but was eventually captured by the enemy while fighting for Point 622 on the island of Brac in the Adriatic Sea, when every man in his Commando team was killed or wounded and all of his revolver ammunition ran out. Knowing that he was not going to escape, and having no further means of killing Nazis, Jack started playing sad songs on his bagpipes until he was finally knocked unconscious by a frag grenade and taken off to the Sachsenhausen Concentration Camp.

But it would take more than some fucking concentration camp to hold Jack Churchill. One night in September of 1944, he escaped the camp by crawling under barbed wire and through and abandoned drain. He was later recaptured while walking towards the Baltic coast and shipped off to a prison camp in Austria.

This too would prove to be insufficient to hold Jack, however. When the camp lighting failed one night in April 1945, he dropped his shovel and walked away from work detail. He marched 150 miles through the treacherous terrain of the Alps, "liberating" vegetables he found along the way, until finally he met up with a U.S. Armored column and was sent back to England.

Unfortunately, the war was pretty much over at this point. He expressed interest in fighting the Japanese, but as his train was pulling into the station in Burma he received word that the atomic bomb had been dropped on Hiroshima and the Pacific Campaign would soon be over.

However, Jack's adventures weren't finished yet. At the age of 40, he qualified as a paratrooper and completed jump school. He went on to serve in action in Palestine, where he earned fame for defending a Jewish medical convoy from an Arab ambush - radioing for backup and providing small-arms fire while wearing his full military dress uniform. Another time he and twelve other men evacuated a hospital full of Israeli medical personnel when they came under attack by Arab rockets.

After Palestine, Churchill went on to serve as an instructor at a land-air warfare school in Australia and become a hardcore surfer. He even designed and built his own surfboards. He retired from the army in 1959, recipient of two awards for bravery.

I love eccentric badasses, and "Mad Jack" Churchill (also known as "Fighting Jack" Churchill) is about as eccentric as they come. It takes a special kind of badass to carry a bow and arrow to a gunfight, to scream at the top of his lungs in the face of oncoming machine gun fire, and to capture a mortar team using nothing but a sword and a little bit of ingenuity. The guy was always looking for adventure, never backed away from a fight, and was pretty much insane to the point of being a total badass.
www.badassoftheweek.com 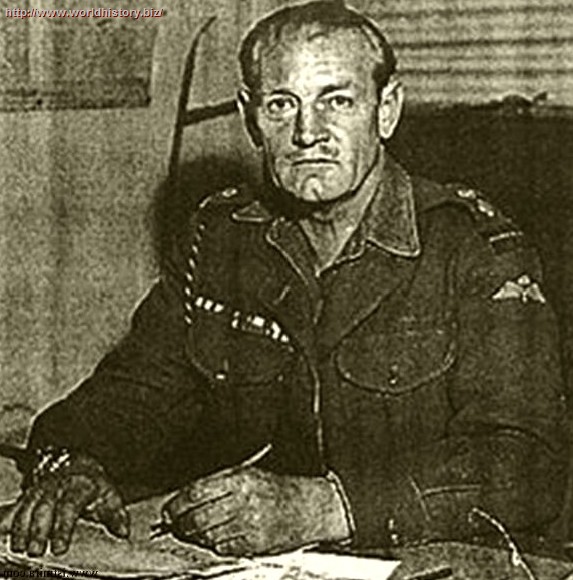 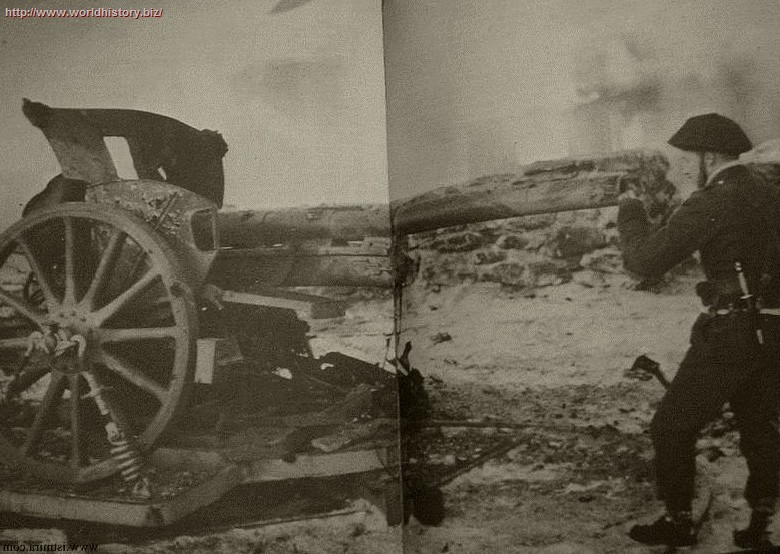 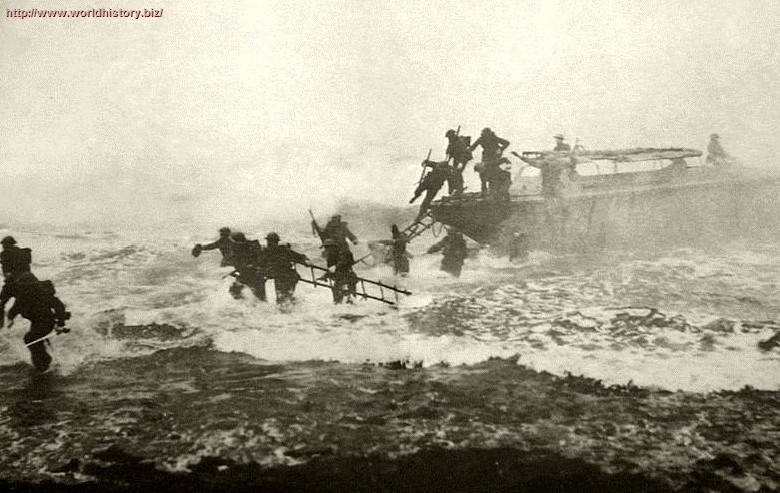