Late Neolithic peoples in central and southern Europe had used copper smelted from ores such as malachite and azurite since the fifth millennium BC. The Iceman who died in the Alps around 3300 BC had a solid copper axehead among his possessions. Pure copper is very soft and difficult to cast, so the only objects that could be made from it were ornaments and simple tools.

Around 2500 BC, prehistoric metallurgists discovered that the addition of a small amount of tin, about 10%, to copper made it much stronger and easier to cast. Copper alloyed with tin (sometimes also arsenic or lead) is known as bronze. This discovery was one of the earliest examples of ‘materials science’, in which a new metal with a distinctive chemical composition that does not exist in nature was created by experimentation and observation of the results.

The advantage of alloying copper with tin is that the resulting bronze can be made more or less hard depending on the application. A very hard bronze with 10% tin would be used for weapons, while a milder 6% bronze could be used to make sheets that could be shaped into body armor. The range of products that could be made from metal multiplied exponentially, as did the variety of forms, decoration, and sizes of different artifact types.

Different regions were able to make their own distinctive forms of weapons and ornaments, and these changed gradually over time in response to stylistic and technological advances. As these artifacts accumulated across Europe during the nineteenth century, the Swedish archaeologist Oscar Montelius (1843-1921) was able to work out a detailed mapping in time and space of the bronze forms of northern Europe. His relative chronology of the Bronze Age, although superseded by other dating forms such as radiocarbon, is still useful as a general reference framework to modern archaeologists.

Although copper deposits are widespread in Europe, the amount of copper ore that is visible on the surface is limited. Copper mining was practiced from Late Neolithic times onward, but during the Bronze Age, mining had to take place on an industrial scale to meet the demand. A number of Bronze Age copper mines have been discovered and the mining techniques studied. One of the largest Bronze Age copper mines is at Great Orme in northern Wales, where shafts and galleries were dug deep into the ore-bearing rocks. Fires were lit at the mining face, and then cold water was dashed on the hot rock to cause it to crack. The cracked rock was then pried loose with levers or smashed with stone hammers and brought to the surface. Other important Bronze Age copper mines are found in the Austrian Alps and in southwestern Ireland (Figure 1).

The problem is that tin does not usually occur in the same general locality as the copper, and in fact is usually found some distance away. During the Bronze Age, tin deposits were located in Cornwall, Brittany, Spain, and Anatolia, but these are very localized. Prospecting missions must have been undertaken by Bronze Age metallurgists to find tin sources, and once these were located, trade connections must have been established to bring the copper and tin together to smiths in other parts of Europe. In the Carpathian Basin, there are abundant copper deposits in the surrounding mountains, but no tin, yet a tremendous number of bronze artifacts are found there. Even more remarkable is the fact that Denmark lacks local deposits of both copper and tin, but there are robably more Bronze Age metal finds per unit of area in Denmark than in any other European country.

Along with the development of metallurgy came advances in metal working, particularly in the development of moulds. The earliest moulds were carved into soft stones, but these quickly advanced to two-piece moulds made from stone or clay that permitted the manufacture of three-dimensional objects. Channels in the moulds provided inlets to pour in the molten bronze and vents for some of it to escape, thus preventing the occurrence of air bubbles in the finished product. The excess was melted down and reused. Clay and wax cores enabled the casting of hollow or socketed objects. Stone moulds could be reused many times to produce dozens of identical artifacts, thus permitting the mass production of standardized objects, while multiple clay moulds could be formed around a prototype object to make identical copies.

Weapons were a high priority for Bronze Age metalsmiths. These include daggers, swords, spear-points, and a wide variety of axeheads. Bronze axe forms underwent a considerable development over time. The earliest were flat forms that continued the copper shapes used during the Late Neolithic. These progressed to a form known as a palstave, in which a ridge in the center of the axe halfway between the butt and the blade improved the attachment of the axehead to the haft, or the handle. The palstave, in turn, was superseded by socketed axes in which the haft fits into a socket moulded into the base of the axehead. Alongside these forms, another common bronze weapon was the halberd, a pointed weapon like a dagger attached perpendicular to a 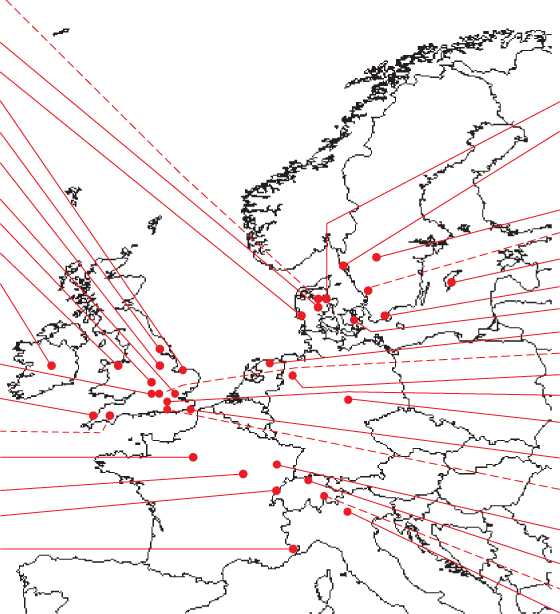 Figure 1 Location of principal sites mentioned in the text.

Shaft. Utilitarian objects like sickles and razors were also made by bronze metalsmiths.

Ornaments and other decorative and ritual objects were also made from bronze. Bronze bracelets, neck-rings, and decorative pins were popular forms. Some of the most unusual Bronze Age artifacts are the pairs of wind instruments, known as lurer in Denmark but also found in Ireland, in which long bronze tubes consisting of several moulded pieces fitted together which produce a low sound when blown from one end. Another remarkable object is the so-called ‘sun chariot’ from Trundholm in Denmark, in which a moulded bronze horse on a platform with six wheels is pulling a large bronze disk that had been plated with gold leaf. The lurer and the sun chariot are on display at the National Museum of Denmark in Copenhagen.

Although many of these bronze objects have been found in graves, and some in settlements, a large number are known from deposits called ‘hoards’ in which collections of bronze objects were deliberately buried, for reasons that are difficult to fathom. Earlier generations of archaeologists thought that hoards were the caches of itinerant metalsmiths, who buried their wares either for safekeeping or to avoid having to carry them over long distances, and then never returned to dig them up. This seems very improbable, and it seems more likely that hoards were the result of some ritual activity, perhaps votive offerings to deities.

Bronze was not the only desirable metal in use during the Bronze Age. Gold was also greatly in demand, and in some parts of Europe such as the British Isles, Bronze Age goldwork is stunningly beautiful. Gold was probably acquired by picking it out from placer deposits in streams. Once accumulated, it was hammered and shaped cold rather than cast. Beaten gold sheets were formed into crescent-shaped necklaces called lunulae, bracelets, and cups like the one found at Rillaton in England, now on display in the British Museum. Later, massive neckrings with elaborate twists and clasps, some weighing over 2 kg, were manufactured, especially in Ireland where they can be seen in the National Museum in Dublin.