Of the Batak tribes on Sumatra, the Karo have more than others resisted change from external influences and retained their traditions more than any of the others. This has not been easy since huge forces of change have been brought to bear on them over the centuries by contact with Indian-based trading cultures, Dutch colonialists, Christian missionaries, war-time Japanese military occupants, and most recently, by Indonesia’s requirement that they convert to either Christianity or Islam. The name Batak, now widely used, was, in fact, given to them by Muslims and is indicative of their status as “non-believers.” 12

The area in which the Karo live is hilly, but has excellent volcanic-based andosols. The nearby Lake Toba is in fact the top of an ancient, extinct volcano. Rice is grown by shifting cultivation around the various plots augmented by livestock-raising and hunting. The Karo religious beliefs, like those of the Ifugao can be described as a form of ancient animism presided over by a rice cult. Rice is stored by the families in special houses and the only public areas are the village rice-pounding houses.13

The houses are rectangular or square and supported on strong wooden piles about 1.5 meters high. Above this are the main living quarters with wooden walls slanting outward and topped by a gently curving saddle roof. The planks are fastened with sugar palm fibers. The extremities of the roof gables at either end are adorned with bufialo horns. The roof is exceptionally high in comparison to the low walls. Houses come in difierent categories, the most rudimentary of which is known as an “average” house (rumah beru-beru). There are also the more complex, double-story houses as well as one with four gables formed by crossing two saddle roofs at right angles. In the house, each corner is adorned by a “lion’s head,” a wooden carving that looks more human than animal. Lizard-like figures made from plaited cords of sugar palm fiber adorn the external walls. After completion of the structure, a priest performs a ritual called “feeding the horns,” in which he symbolically feeds the bufi'alo so as to placate dangerous spirits. This is followed by a ritual involving the entrance of the occupants according to their position within the house, and one where the new residents are conceptually united with the house. Each house has a head, but he makes no rules relevant to the decisions within the house without consultation with the residents. The interior of the house, even though it is divided into apartments, is quite open, producing intense social interaction and limited privacy. Residential areas consist of a kitchen, a living area, and an enclosed sleeping area. Each house has two open platforms, one to the east and the other to the west14 (Figures 14.18, 14.19a, 14.19b, 14.20a, 14.20b, 14.21a, 14.21b, 14.22, 14.23, and 14.24). 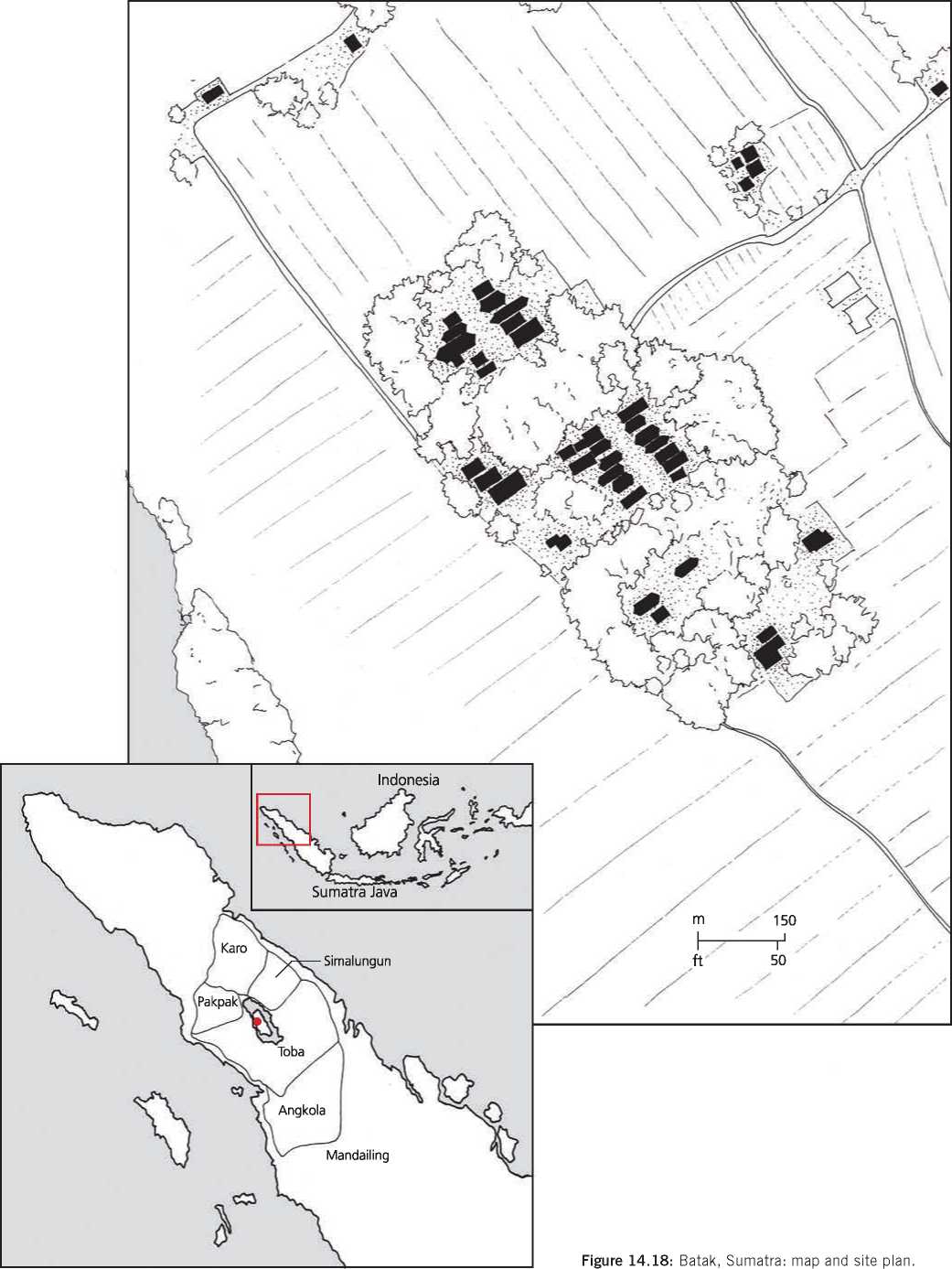 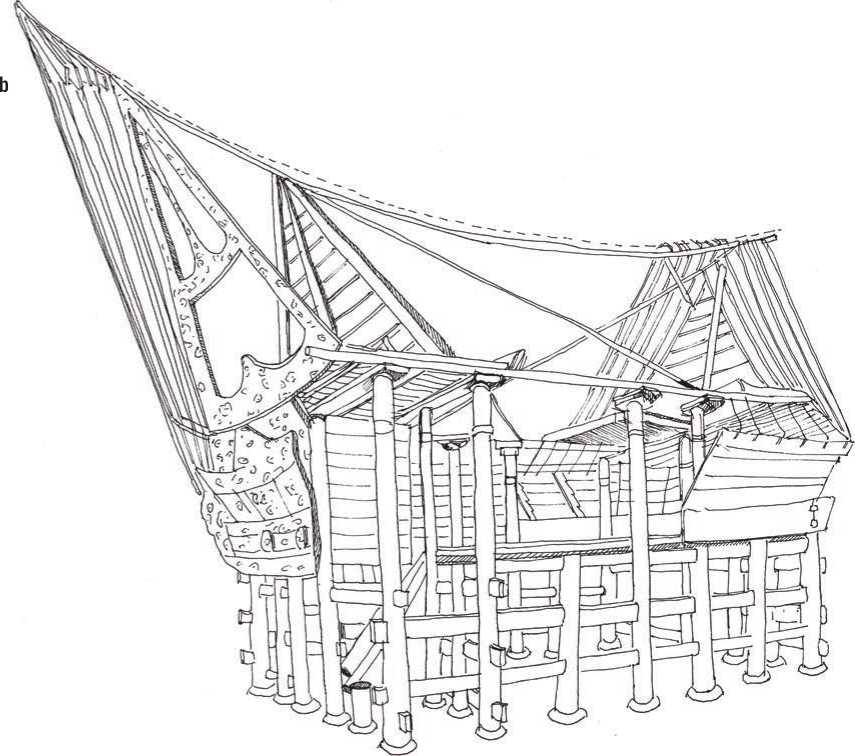 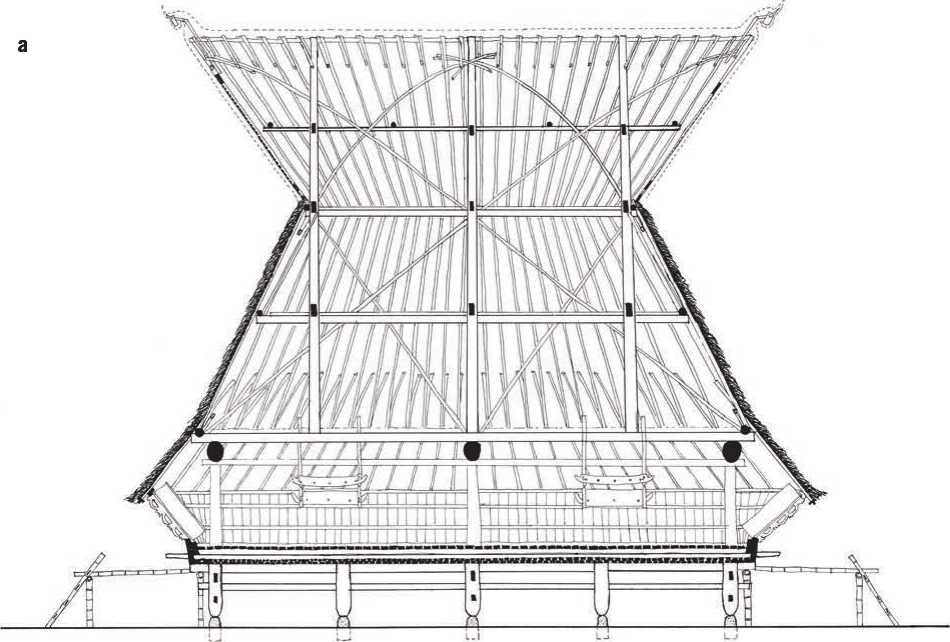 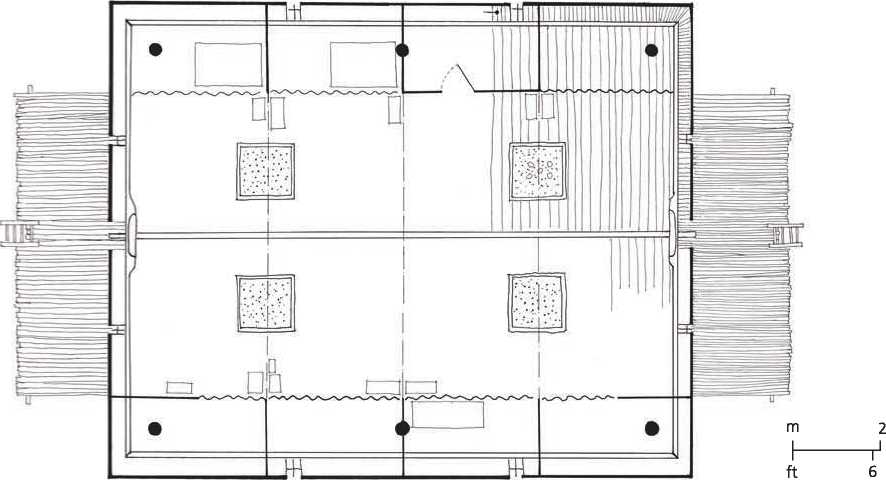 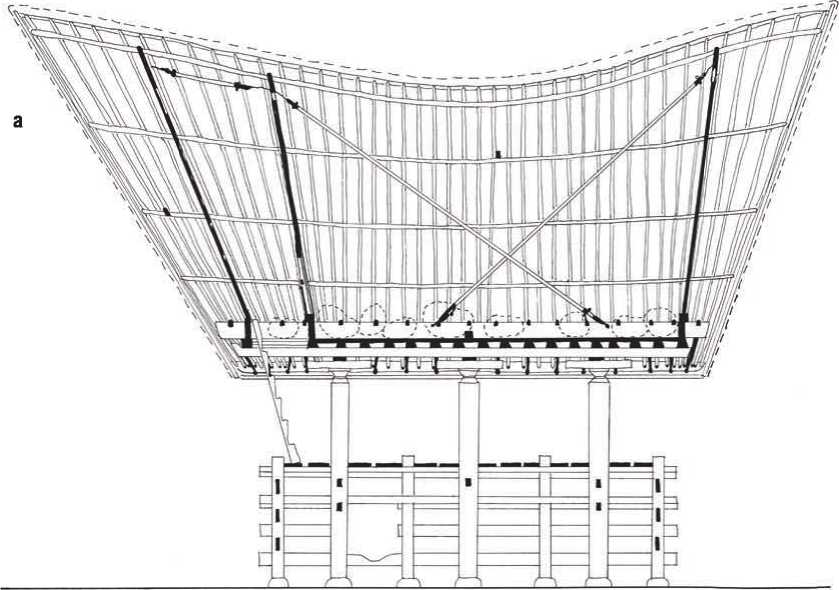 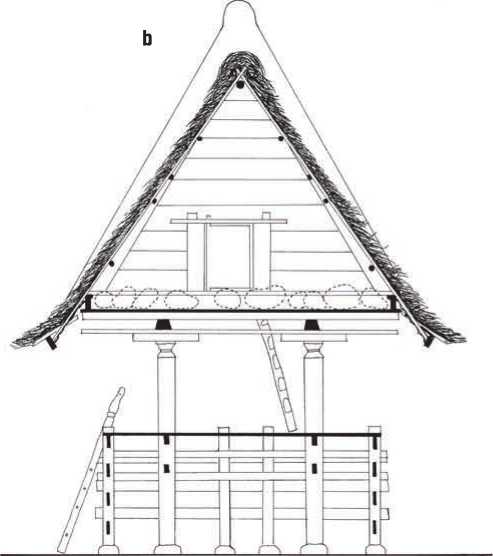 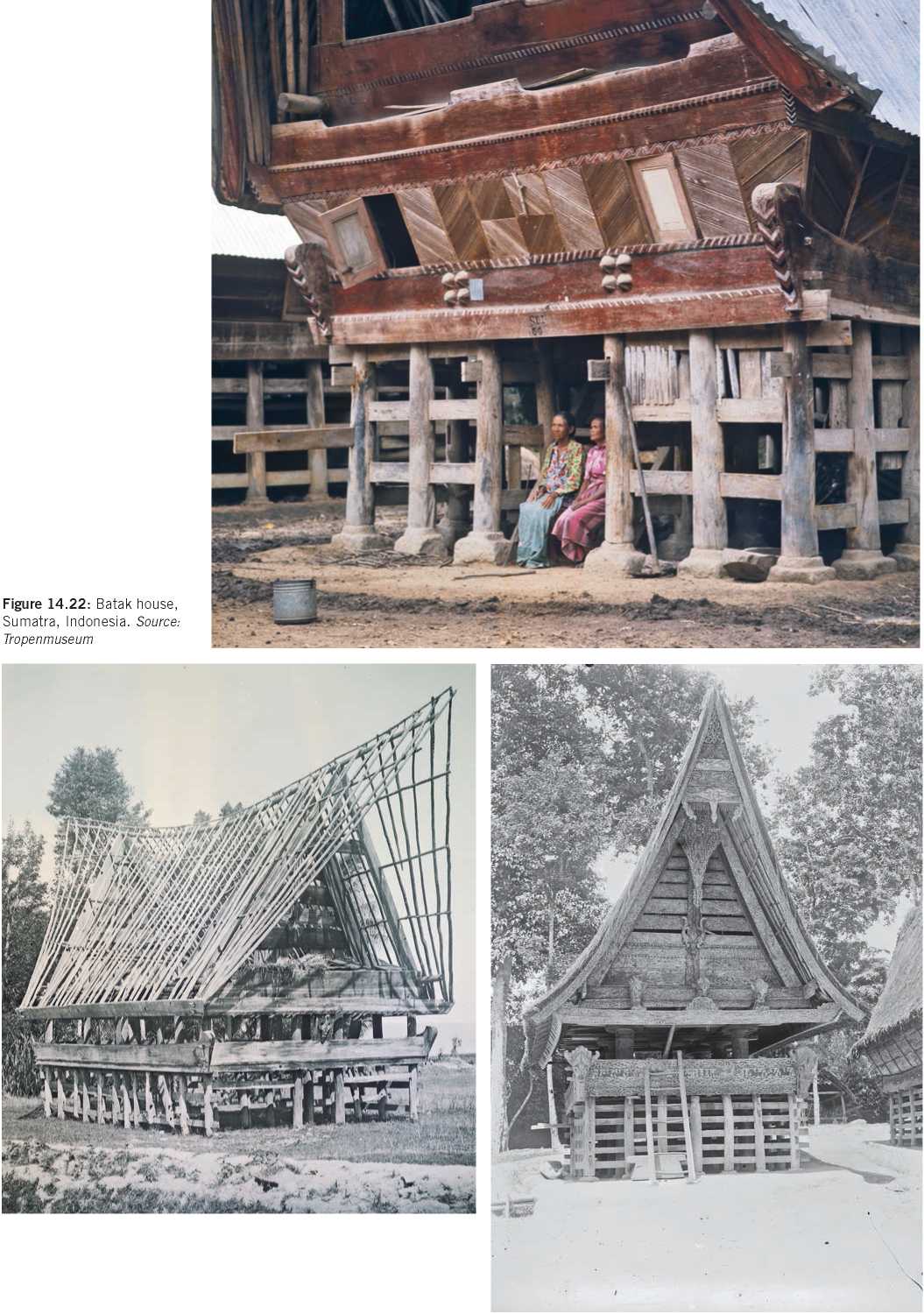