Around the same time as the Alaskan culture was developing, a maritime culture was also developing on the eastern side of the American continent along the Atlantic seaboard of Labrador and Newfoundland and down into Maine. Here walruses and seals were hunted with sophisticated harpoons, while more inland, reindeer and beaver were targeted. People built longhouses 90 to 100 meters long, attesting to the productivity of the coastal marine-mammal hunting cultures. Burials were quite elaborate and involved red ochre, from which the Red Paint People derived their archaeological nomenclature. But whereas the Atlantic sea fishing societies disappeared around 1500 bce, probably because of resource depletion, though no one knows for sure, the Pacific Coast cultures survived more or less intact from the early Holocene until the arrival of the white man in the nineteenth century. In fact, the 2,000-kilometer shore from southern Alaska to northern California developed into a large-scale social coherence. It was the longest-lasting continuum of First Society people in the Americas. In other words, for nine thousand years, while in Central America the Olmecs, Zapotecs, Mayans, and Incas were rising and falling, the Northwest Coast Indians proved their adaptability. The area was particularly attractive for human habitation since warm currents flowing northward along the coast kept the area temperate despite its northerly latitude. The oceans teamed with flsh and whales and the abundance of timber facilitated the development of tools, buildings, and boats.

The Northwest Coast cultures consisted of a number of related groups: the Bella Coola (Nuxalk), Haida, Kwakiuts (Kwakwaka’wakw or Kwak’wala-speaking-peoples), Makah (Kwi-h-dich-chuh-ahtx: “The People Who Live by the Rocks and Seagulls”), Nez Perce (Nimiipuu, “The People”), Nisqualli (“People of the Grass Lands”), Nootka (Nuu-chah-nulth, “Along the Mountains”), Quinault (“Wide Place in the River”), Puyallup (S’Puyalupubsh, “Generous and Welcoming”), and Salish, to name but a few. Each had its unique set of mythological stories that deflned their identities. Warfare and skirmishes were not uncommon. The earliest known archaeological sites date to 7000 bce, but most are dated to about 3000 bce, when a rapid escalation of the culture took place. New tribes probably continued to enter the region long afl:er that, moving into the open gaps or further up into the mountains (Figure 5.18).

The common denominator was, of course the boat, of which various types existed. Most were fashioned from hollowed-out logs of cedar, a sacred tree among the Northwest Coast people. Some of these boats are a substantial 20 meters long. Shipwrights widened the trunk by sofl:ening it with boiling water so that they could stretch it out to make the canoe about 3 meters across. Smaller boats were made from a single log; longer ones, as made by the Haida, had graceful oblique sterns and keels that were decorated with carvings and that were made separately and dowelled to the hull with great precision The larger boats could have up to fourteen paddlers, seven on a side. The inside of the canoe was colored with a paint made of flsh oil and ochre. Some tribes used blue ochre or charcoal. There are difierent types of canoes, some for 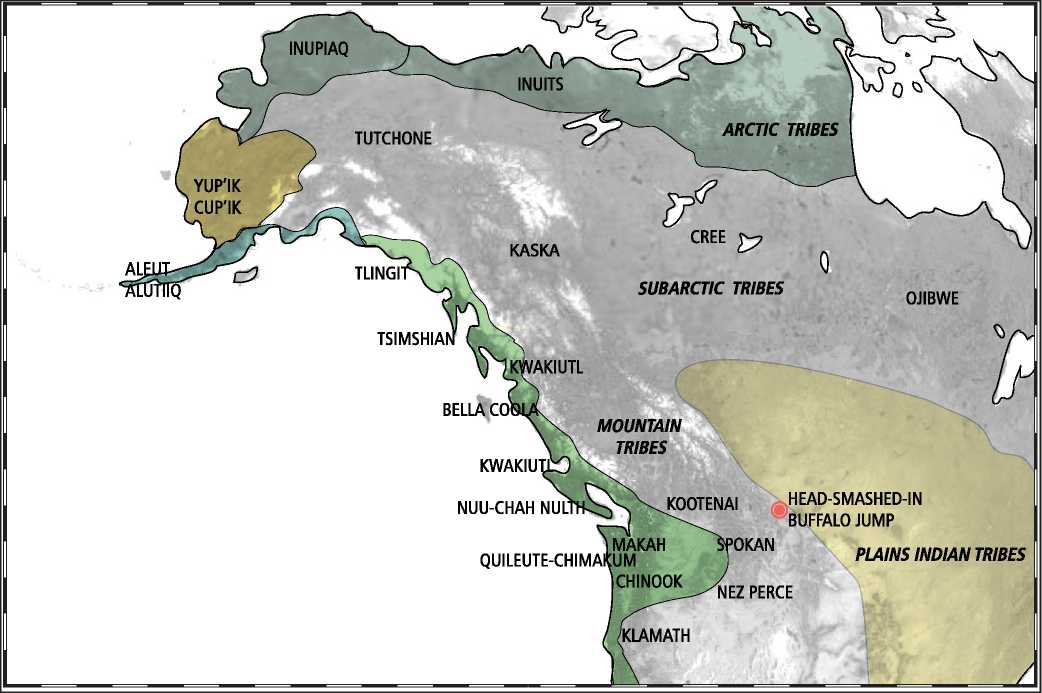 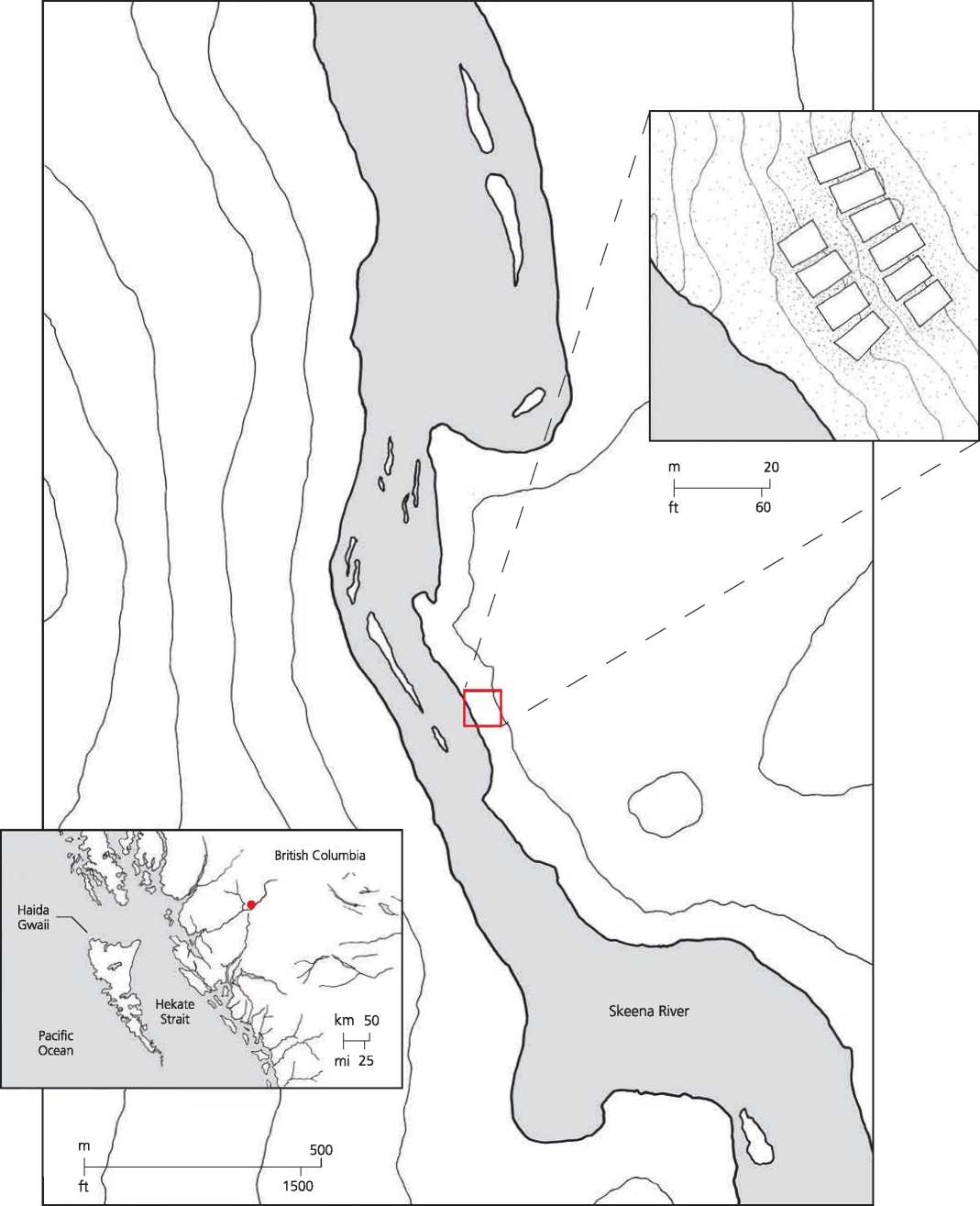 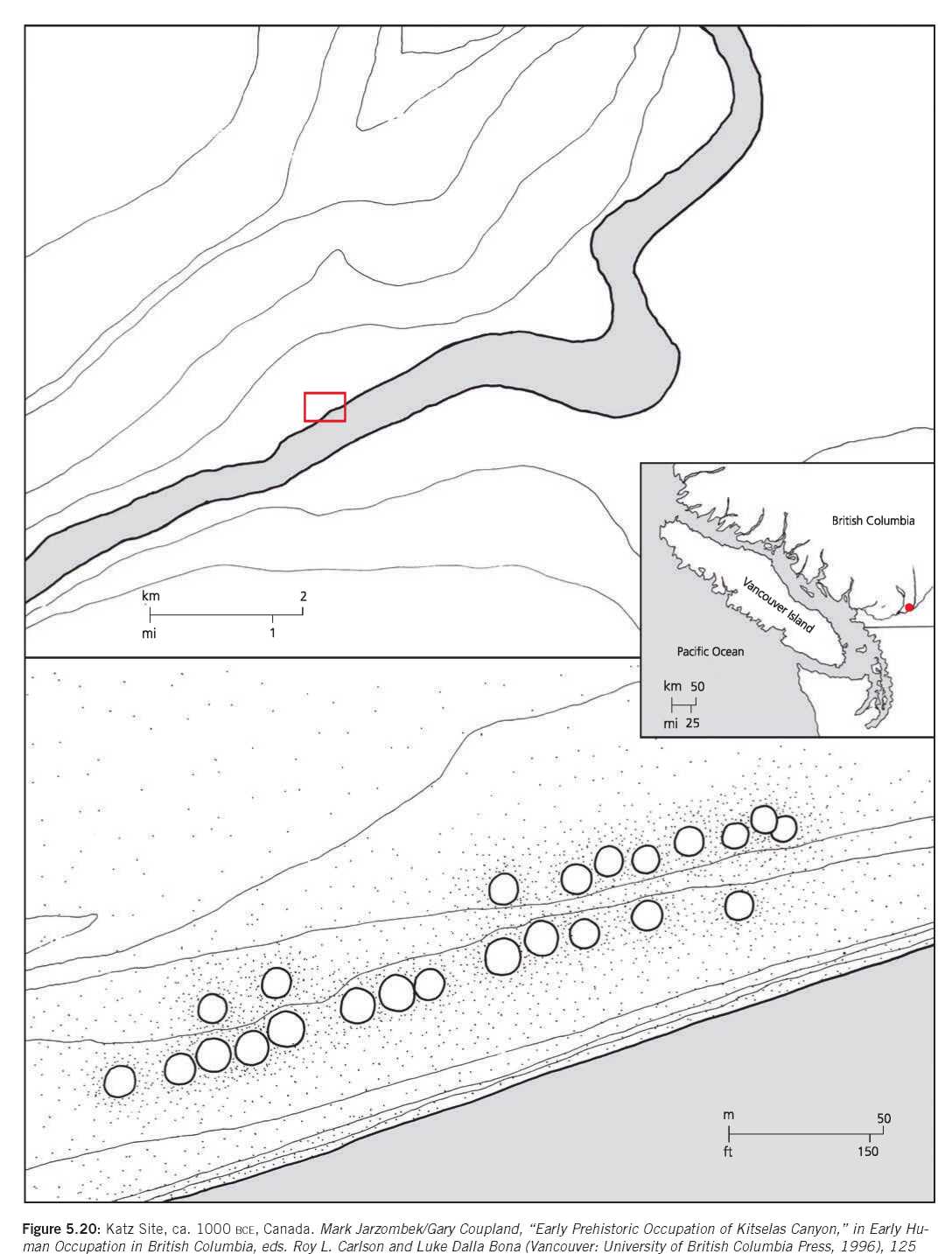 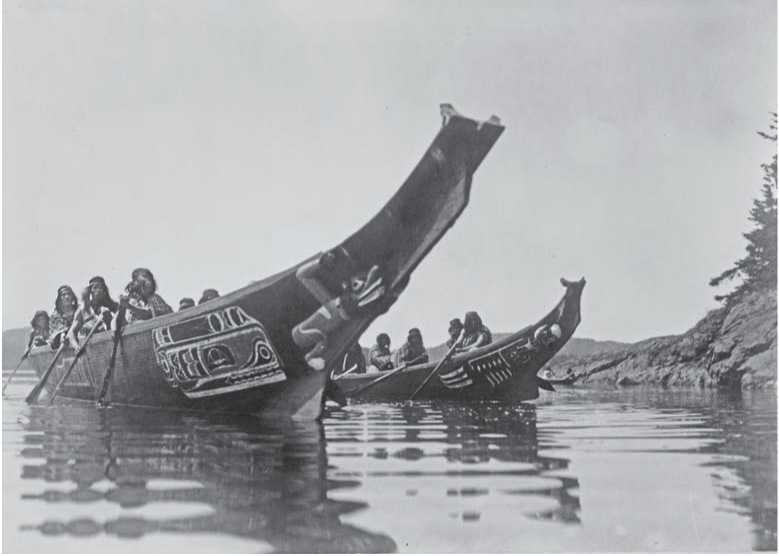 Fishing, others for whaling or for moving freight, and then there were war canoes (Figure 5.21). The Makah, who lived farther south and were whale-hunting specialists, added to this basic repertoire of boats a sail made of cedar bark matting.14 The complexity and use of canoes diminishes as one travels southward. This is clearly related to the nature of ofishore fishing, which drops ofi' rapidly ofi' the seas of California, where the primary source of fish is not from the sea, but from inland rivers.

Boats are not simply utilitarian objects, but spiritual entities. The carvers must prepare themselves with fasting, prayers, and the sweat lodge. Once the log is chosen, a prayer is said for the cedar and an ofi'ering is given to thank it for its sacrifice. The log is then left: to season over the winter. This step ensures that the canoe will not crack too badly in later stages of carving. Once the log is seasoned, the exterior lines of the canoe are established and the inside hollowed out with controlled burning and adzing. This involves the use of hot rocks and water to steam-bend the sides outward. This steaming also draws the bow and stern upward as well as adding strength to the vessel. Finally, the prow and stern pieces are added, the seats installed, and the exterior finished. It is not uncommon for the entire process to take two years.