Around 7000 bce, settlement-oriented cultures began to emerge in the eastern hills of the Baluchistan Mountains in today’s Pakistan, where we encounter the typical agro-herding environment for the age, allowing rudimentary farming in the flat lands of the river valleys and herding and hunting in the nearby hills and mountains. Over the centuries, as irrigation was developed, we see the cultivation of wheat, barley, and jujuba as well as the keeping of sheep, goats, and cattle.

The area around contemporary Mehrgarh emerged as particularly important (Figure 8.27). Being strategically located overlooking the Kachi Plain southeast of modern Quetta near the Bolan Pass, it served as a gateway that connected South Asia with the rest of the continent. One can trace its 5000-year history from a village of simple mud buildings that were subdivided into four internal units to a regional trading center that covered, at the peak of its development, an area of 200 hectares. By 3500 bce the occupants had not only mastered extensive cultivation of grain, but they had made grain the very center of their culture. There is no evidence of dominant temples. But one should not conclude that religious sentiment was in any way absent. It was, as one would expect, from First Society people making the transition into agriculture, still diffused throughout the community. Representations of mother goddesses and bulls abound. Furthermore, it is most probable that the granaries also served as ritual centers. Dominating the landscape, these square, mud-brick buildings were subdivided into multi-roomed, rectangular spaces with a long narrow corridor running down the center. The absence of doors suggests that grain was fed from the top, as into a silo. The hallway in the center would have allowed access to the grain.

Were these granaries made as a consequence of drought, or because of the rise of a political elite, or both? Though we can only peer dimly back in time, it is clear that they were at the center of urban life. Outside one of the granaries, along its western wall, a large hearth has been found. Along another wall, archaeologists found the remains of the stone tools and drills of a steatite - or soapstone-cutter’s workshop. On the eastern side were heaps of animal bones mixed with ashes, indicating the presence of ritual butchering activity. The granaries were also related to specialized mortuary practices, given that human bones, presumably of priests, were found buried in their corridors and intermediary spaces.22 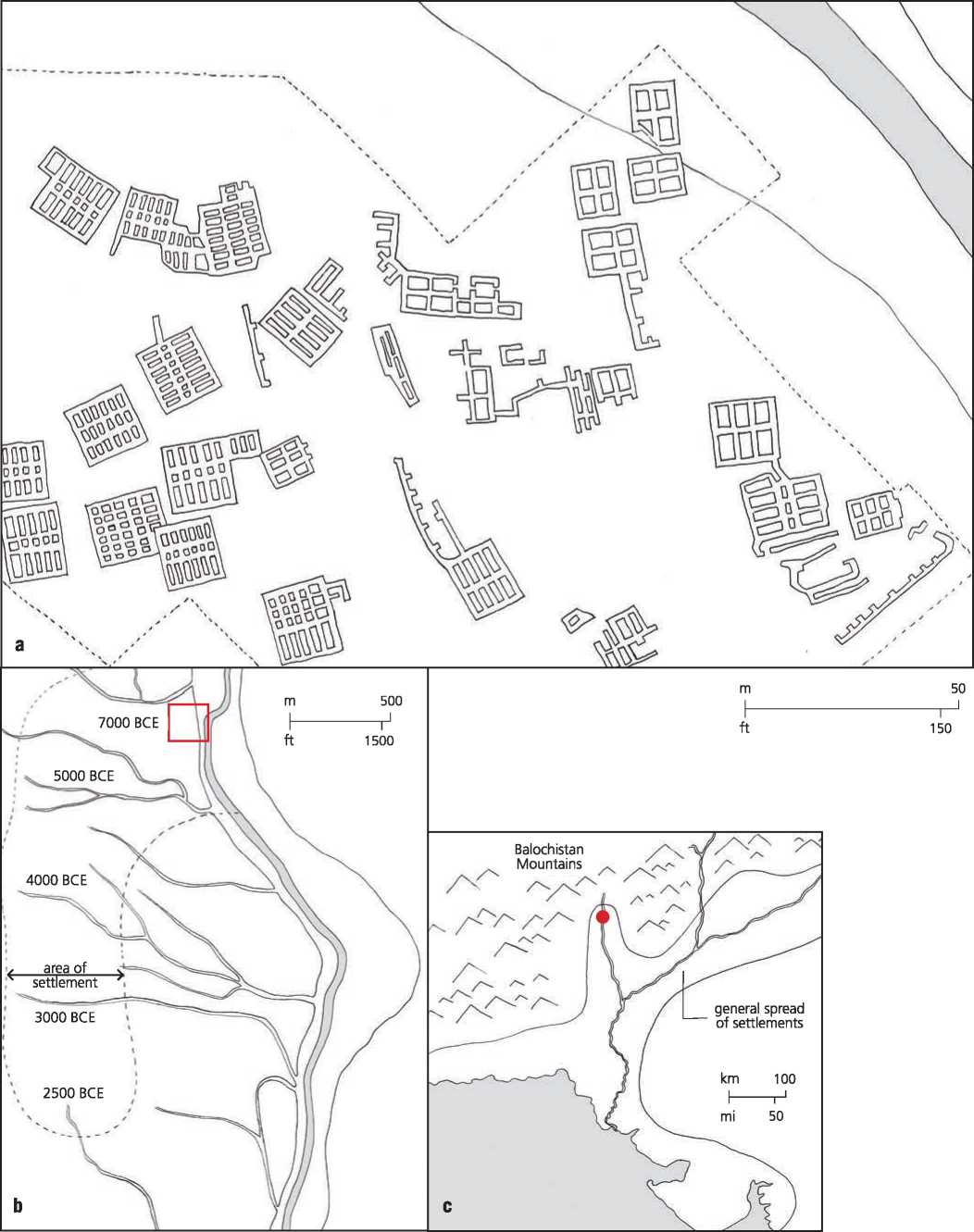