Computer simulation has been used in three main ways: tactically, for hypothesis building, and heuristically.

Tactical uses of simulation are intended to develop archaeological method and are not normally simulations of any specific past process. A recent example used simulation to examine the efficacy of cladistic (tree-building) methods for discriminating between reticulated and nonreticulated patterns of evolution. The researchers simulated the spread of cultural traits through populations of individuals engaged in different types of cultural transmission in order to create test data sets for the cladistic methods they were examining.

Simulation has been used to test hypotheses about what actually happened in the past. This often

Unfarmable  • Settlements of 5 or fewer households 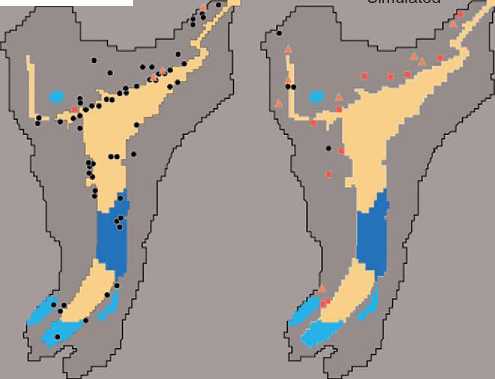 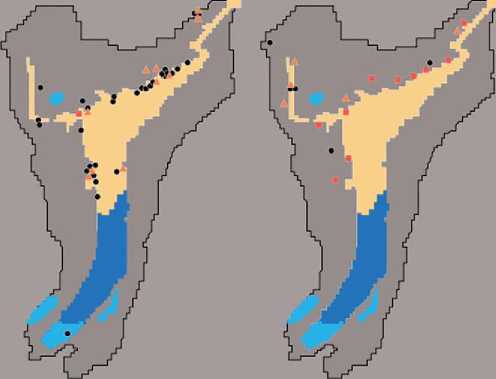 In Mesolithic hunter-gatherer strategies in different areas of northern Europe.

Heuristic uses of simulation are intended to study the operation of some process, usually for the purpose of theory-building. Typically the purpose is not to test 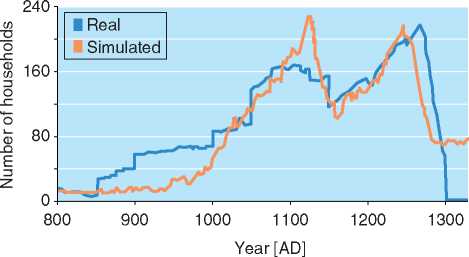 What actually ‘did’ happen in the past, but rather to establish plausibility - what ‘could’ (or could not) have happened. For example, a simulation model linking the demand and production of prestige goods has been built to examine the proposition that elites in European Bronze Age society could control the value of goods by removing excess items from circulation (see Social Inequality, Development of). The simulation demonstrated that nonlinearities resulting from the time lag between production and consumption would have made it very difficult, if not impossible, for elites to maintain the proposed level of control (Figure 3).