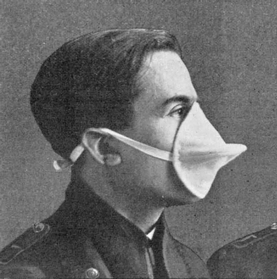 There were no longer any illusions that the war could be over by Christmas. Shortages of war supplies were acutely felt by the military, civilians were beginning to feel the pinch of wartime austerity. With the entry of the Ottoman Empire and Italy to the war (on opposite sides), it had become vast, all-encompassing, and immensely destructive.

On the battlefield, poison chroline gas began to be used on a wide scale. Initially it was successful but soon its effectiveness was blunted by workable gas masks. Artillery had proven itself as a potent force in the opening weeks of the war; but as troops dug themselves deeper into trenches, larger and more guns firing more shells became necessary to achieve any success. One persistant idea to counter heavy casualties on the battlefield was to somehow use heavy steel armor to protect troops. Armored cars could be useful, but it was not until September 1916 that tanks were deployed. Even if some weapons came from the forefront of science, sometimes the war was fought on a much more primitive level with clubs and rocks.

Reconnaissance had been given hi-tech wings and eyes with the airplane and the camera; captive balloons performed some of the same functions more cheaply. Traditional jobs such as transport and supply struggled to keep up with the urgent demands for moving vast armies and keeping them supplied.


Retaining men willing to fight became critical for waging war. One tactic for boosting morale was to award bravery medals, but it could be overused: the Germans awarded over five million iron crosses during the war, or one for every third soldier.