Malaya and Singapore are Occupied

On 8 December 1941 Japanese forces invaded British Malaya, crossing the Siamese frontier and landing at Kota Bahru. Unlike the Americans who were completely unprepared for the attack on Pearl Harbor, the British actually traced the movement of Japanese forces from Indochina to the Malay peninsula. Nevertheless, despite the fact that they had at least two days notice of the movement of men and ships from Saigon and Camranh Bay, they chose to wait and see what the Japanese would do before implementing their plans to defend Malaya and Singapore. This delay proved to be a tragic mistake.

Plans for the defense of Malaya and Singapore had been prepared years before, and relied on the ability of the Royal Navy and Air Force to repel any amphibious landings or assaults from the Siamese border. On paper and in the minds of 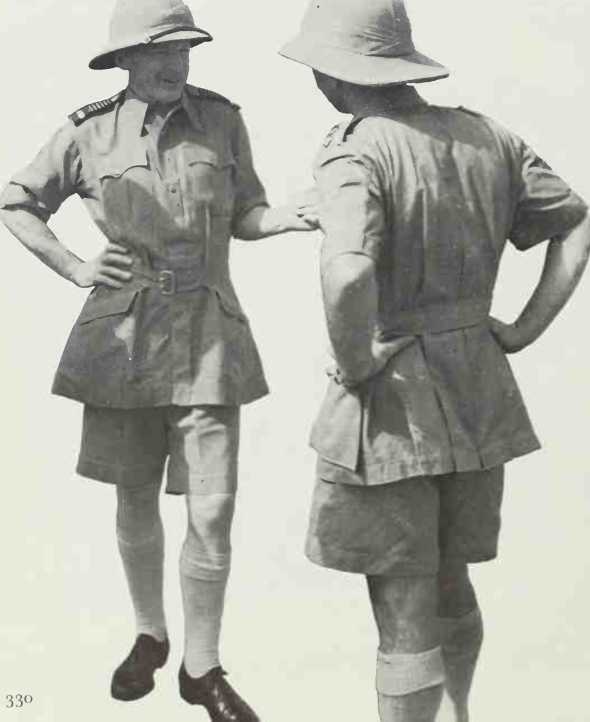 Far left: Emergency footbridge': were constructed b the Japanese. Left:

Far left: HM ships Pnncf of Walts and Rrpulst after being hit by Japanese torpedos. A British destroyer moves offin the foreground. Left: The abject surrender of Singapore was a slain on British honor and a death blow to the.llied defense of Southeast.sia.

Left: Japanese troops march toward the Rallies statue in Singapore.


(host - who prepared the plan, there wa. s no doubt that the British eould defend their colony if the fleet was reinforeed and adeqtiate numbers of aireiaft were despatched to bases in the colony. Unfortunately, when Japanese forces struck, British air strength was barely half that reqtiired by the plan and the fleet was hardly on a par with Japanese naal forces in the Pacific. Whether or not the British would hae been able to hold the line against Ja|)an with their fttn es at full strength will neer be known; as it was, the.a and the R. could not ho]x* to deter Japan's advanet' through Southeast.sia.

When the Japanese launched their attack. British forces in Malaya were commanded b Ait. Marshal Sir Robert Brooke-Popham. He based his defense of the colony on the assum|Jtion that the Japanese would make their main thrust across the Siamese frontier and, with this in mind, hoped todc]flo British forces in a defensive line across the Kra Isthmus. With proper advance notice (at least thirty-six hours, additional forces eould be sent across the border to capture the |jort towns of Singora and Patani before the enemy could land; at the very least, British forces ctnild close the roads and railway lines between Singora and Jitra in Malaya, thus slowing if not stopping the Japanese adv ance. In any case, however, the British commander refused to close the Siamese ports or to implement the Jitra alternative until the Japanese first violated Siam’s neutrality.

While one may sympathize with British un-willingne. ss to be branded an aggressor, waiting for the Japanese to make the first mov e cost precious time which allowed them to gather too much momentum. By the time Brooke-Popham was ready to respond to Japanese violation of the frontier on 8 December it was already too late to close the ports or to cmjjloy the Jitra alternativ e cfl'cetively. British forces made a valiant attempt to hold the line in northern Malaya, but the Japanese were able to break through their line within four days of the initial attack, forcing them into hasty retreat.

I'Aen more important than Brooke-Popham’s failure to seize the initiative in northern Malaya was the destruction of the Prince of Wales and the Repulse on to December. Both battleships had joined the fleet 2 December and were being deployed under the command of Admiral Sir T. S. '. Phillips, Commander-in-Chief of the Rastcru Fleet, when they were sunk after a two-hour bombardment by Japanese planes. 'Fhe loss of these imiinstays of the fleet sealed the fate of Mahiya and Singapore as, w ithout efleetive naval resistance, Japanese forces were moved ashore in hirgc numbers where they (juiekly solidified Japan’s hold on the peninsula and pushed south toward Singapore.

By mid-J. inuary I9.}2 thejapanesc had reached the. State of Johore and were preparing to attack .Singapore. By this time command of British forces had been trtinsferred to General. Sir .Archibald Wtivell who hoped to be able to hold Jehore until he was strong enough to launch a counterattack, for unless Johore was siiceessfully delended, .Singapore would fall, and it would not be long before Japan invaded the Dutch Ivasi 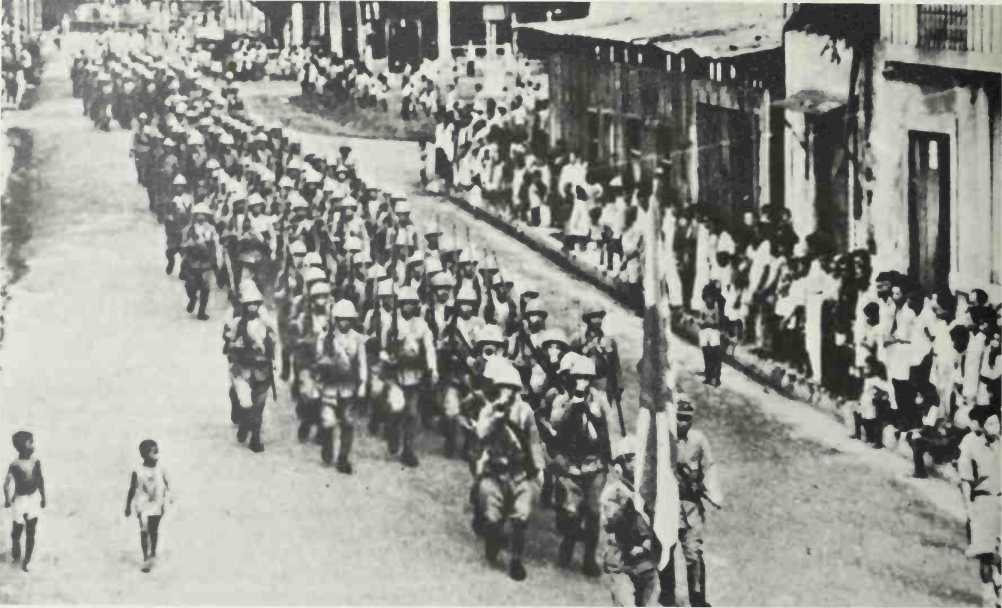 Above; The J apanese victory parade after their conquest of the Philippines.


Below. The Japanese push through Malaya was devastating. Below right: 1 he Japanese moved swiftly down the Malay Peninsula bv bicvcle.


Indi es. This decision to make a stand in Johore and Singapore necessitated the rapid withdrawal of all British forces north of Kuala Lumpur, thus leaving the Japanese free to travel on the roads leading south. The latter were able to move much faster than their adversaries, and as a result were poised to attack Wavell’s forces in Johore before the reinforcement from the north was complete.

On 8 February’ 1942 two Japanese divisions attempted to cross the straits from the mainland to Singapore in the dark of night. By the next morning. 13,000 Japanese troops were ashore, and there was little that could be done to save the city. Unlike Bataan and Corregidor, Singapore did not offer its defenders a position of natural strength or a fortress from which to resist the inv’aders; even the naval base could not be held since its defenses were useless against an attack from the mainland. Although British forces fought on for a week following the first Japanese cro. ssing, their effort was in vain, and Singapore fell on 15 February 1942.