On 17 August the Russian general Rennenkampf led the First Army in force westwards into East Prussia in the direction of Konigsberg. Three days later he defeated the Germans at Gumbinnen, about ten miles inside the frontier. Mackensen's Seventeenth Corps took to their heels ‘in fearful panic’, as one observer tells us, and the Russians captured over seven thousand German prisoners. Yet this was only a tactical incident in the overall picture, and the fumbling Rennenkampf was

Although thousands of Serbs were taken prisoner, their comrades in action fought on. 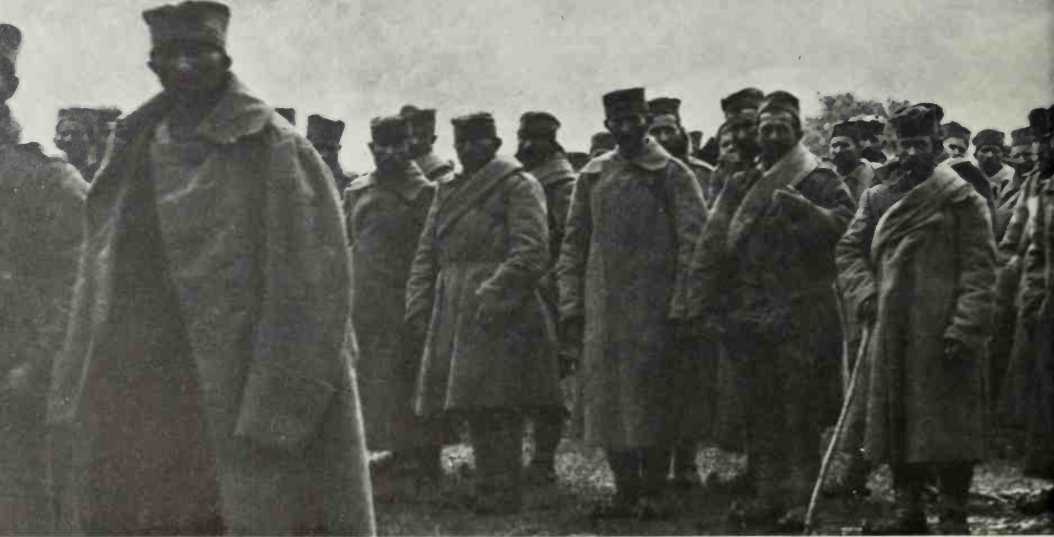 About to order a retreat himself, when he heard that the Germans were withdrawing instead.

Beeause of failure of nerve and general bungling. the German Eighth Army eommander, Pritlwitz, populaiK known as ‘Eatty’ because of his legendary girth, was now replaced by his brother-in-law, Hindenburg. Ludendorfl was brought in as chief of stall'. By now the Germans had deeided to concentrate against the Secoiul Russian.m under Samsono, whieh had erossed the German frontier on 20 August. In this the Germans were taking the caleulated risk that thev eould deal with Samsonov before the eautious and slow-moving Rennenkampf eould inters ene. Cruttwell suggests that Rennenkampfs incompe-tenee may hae refleeted a covert sympathy for Germany, the land of his ancestors. His inaetion ean also be e. xplained, however, by his dislike of Samsonov and his unwillingness to cooperate with his rival. In any ease, the German plan was aided by the fifty-mile chain of the Masurian Lakes, which formed a natural barrier between the two Russian armies.