From the beginning, both Britain and Germany recognized the importance of trade warfare. In conducting this aspect of the war, each side reached for the weapons that were most readily available. Fhus the main British deice was the blockade of Germany and regulation of the trade of her neighbouring neutrals, the Netherlands, and the three Scandinavian countries. Germany’s retaliation took the form of a hard-hitting submarine campaign which for a time threatened to cripple the import of goods s ital to Britain.

Until.merica entered the war in April 1917, the established tenets of international law still influenced the conduct of the Allied blockade. The Entente knew that it could ill afford to offend the United States, the most powerful of the neutrals and a nation traditionallv sensitive about its

Above left: The heir lo the Habshurg throne, Karl, decorates his soldieis. Above: I he ageing Kranz Joset, shortly before his death. 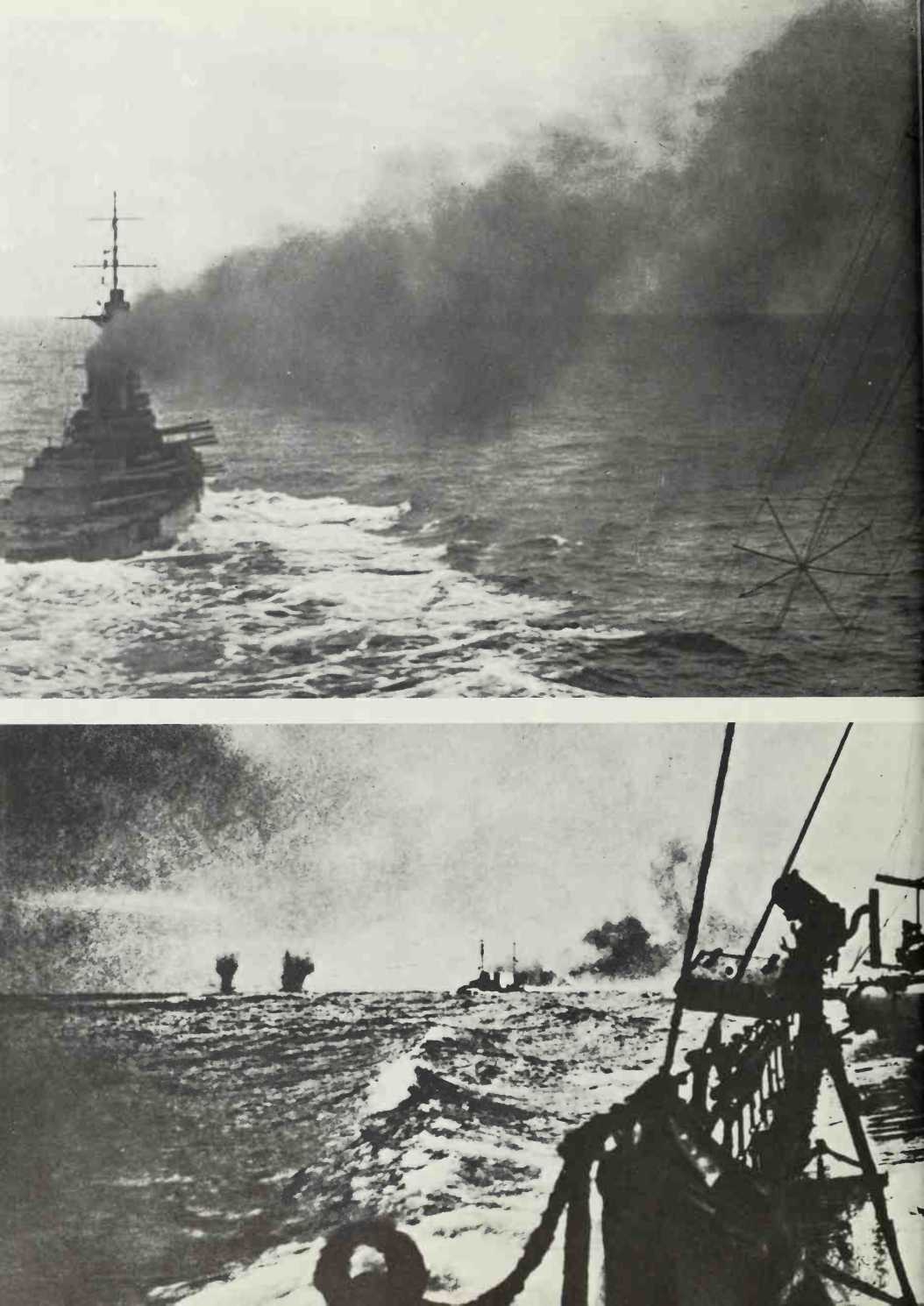 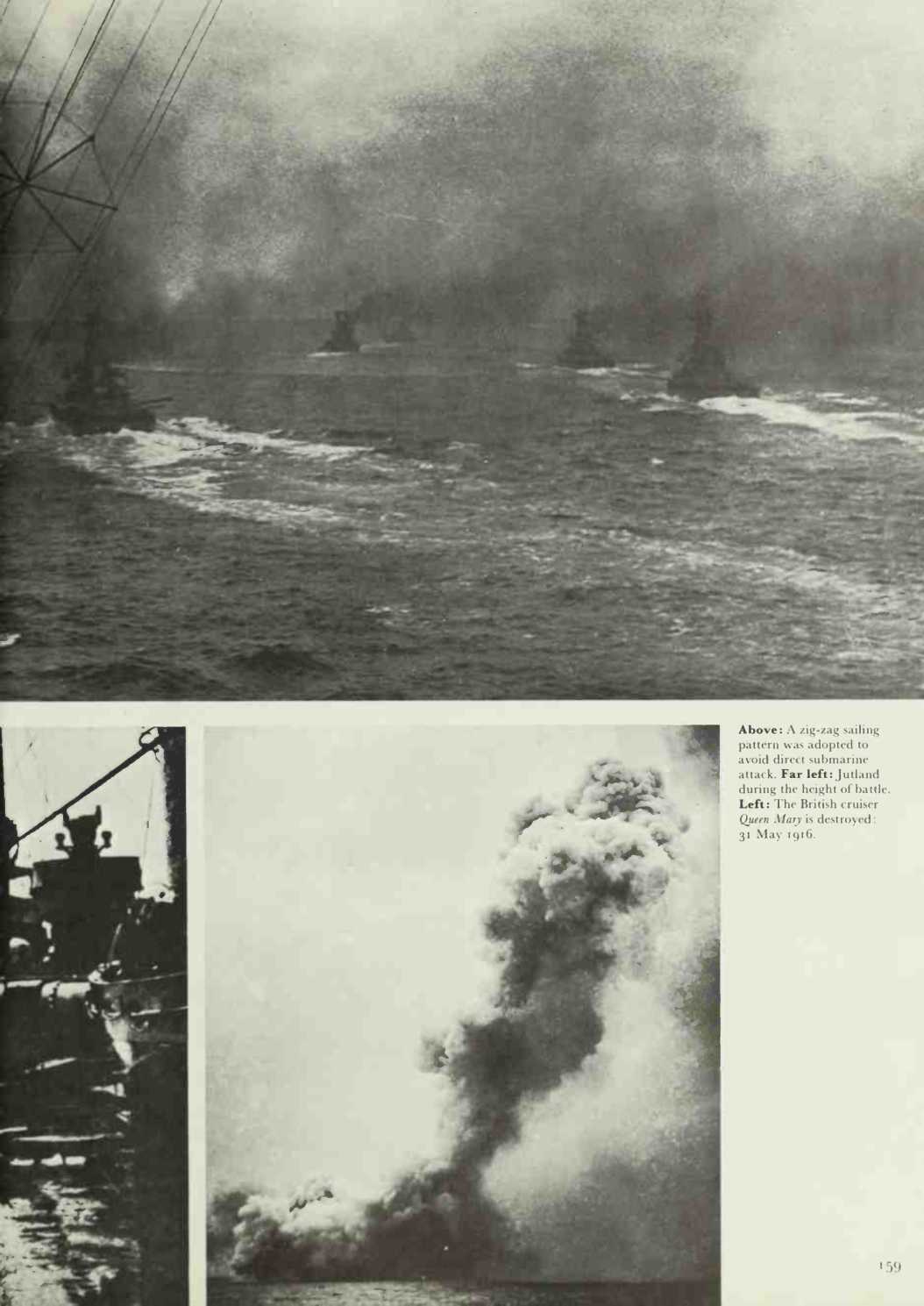 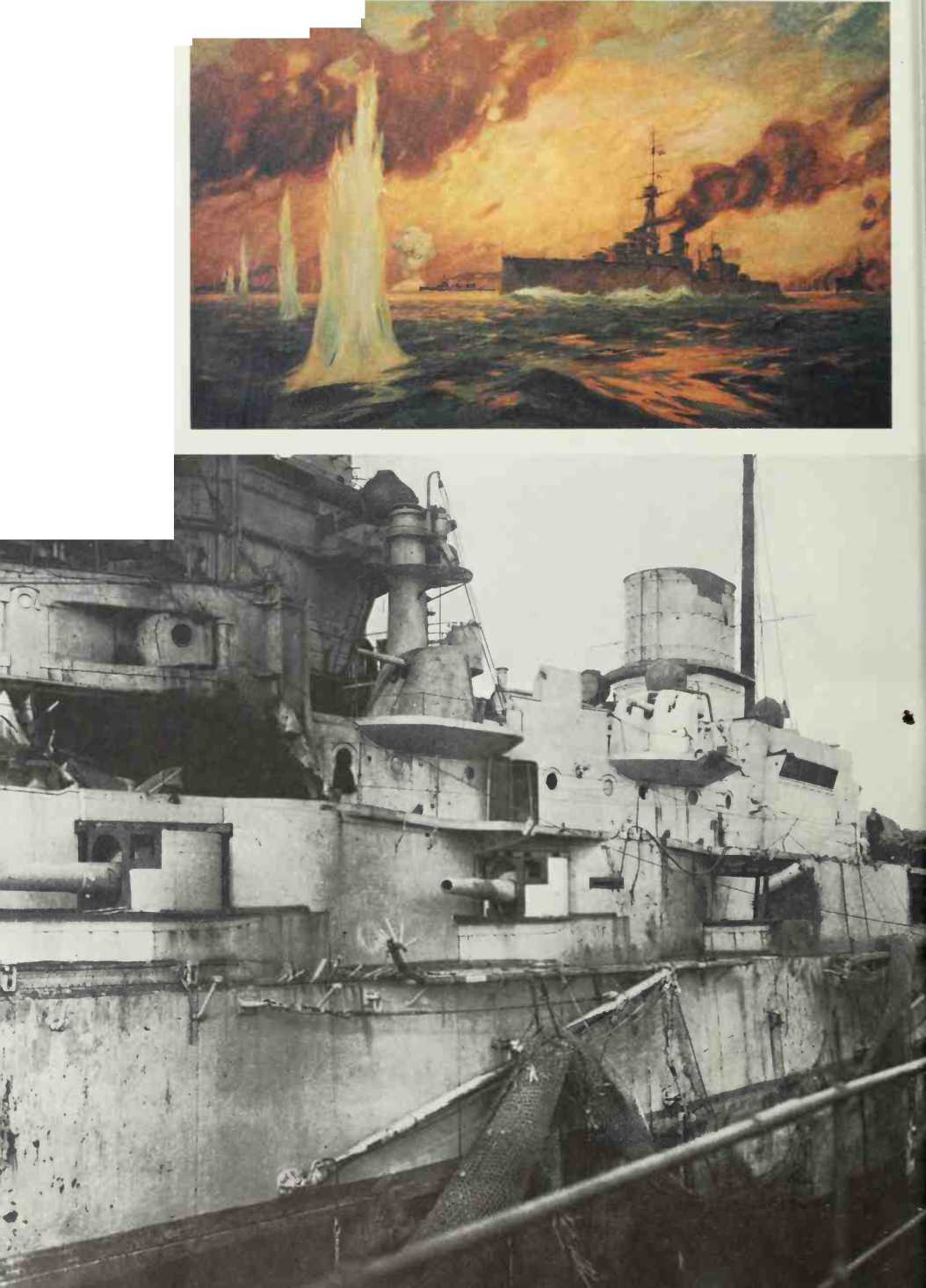 Right: The British lost more ships than the Germans at Jutland, but it is a matter of some contro ersy which side won the battle. Below: The German battle cruiser Derfflinger was heavily damaged. 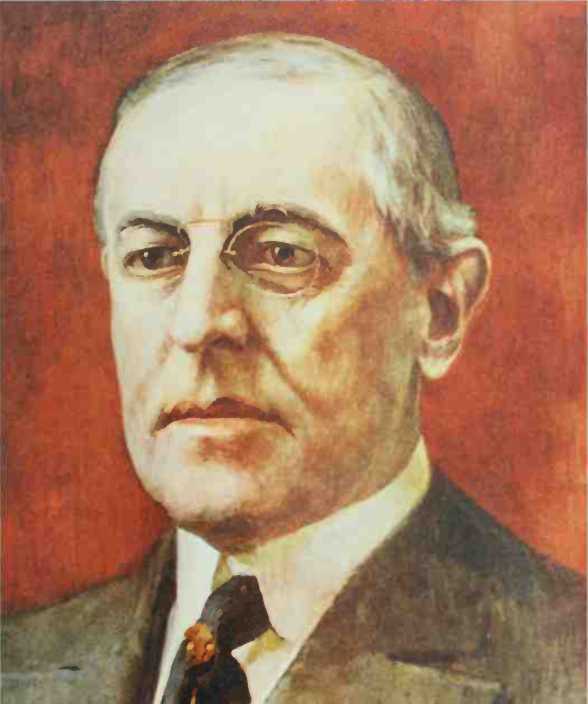 Under international maritime law it was understood that a belligerent’s rights included the eapture of enemy merehantmen, the prevention of enemy trade in and out of its home ports by means of bloekade. and the cotifiseation at sea of certain etieiiiN war material. Atieillary rights included those of isit and seareh to determine a sessel’s belligereney or otherwise and to inspect its cargo for contraband. In the latter ease, goods might be subject to sei/ure upon their eondemnation b a prize court.

Maritime law had been further codified in the sixty years preceding the war but since then the deselopment of new weapons had drastically altered circumstanees. For example, the 1856 Deelaration of Paris had held that to be legal, a bloekade had to be ‘eirective’; this was interpreted to mean that enforeement had to be at close range rather than on paper, but the use of undersea weapons and long-range guns made this sort of enforeement impossible, as well as affeeting the praetiee of visit and search.

The British, therefore, decided to initiate their own system of eontrols; this w as easy to do sinee Britain w as in command of the sea and was also in a position geographieally to control the entranees and exits to the North Sea and thus to Germany’s ports, 'fhese eontrols gradually evolved into a system which was well-defined by the end of igtG.

Before the position was clarified, however, the rivals engaged in a series of moves atid coutiter moves. .- British deelaration on 3 November 1914 stated that the. North Sea was a military area in w hich ships would be exposed to mines and other hazards, and soon Britain had established contraband control stations in the Orkney Islands and near the Straits of Dover. Germany answ ered this on 4 February by deelaritig that the waters surrounding the British Isles formed a war zone in which any ship might be sunk without warning. This phase of unrestricted submarine warfare lasted only a few months, however, before it was shelved because of protests from neutral countries. The British replied in their turn on 11 March 1915 with ati Order in Gouneil declaring that goods bound for Germany might be seized even from a vessel sailing to a neutral port.

By late tqt6 the. Allied bloekade was takitig effect through the following channels:

T. Inspections in port, d'hesc replaced visit and search procedures. Besides the inspeetion of neutral merchantmen suspected of trade w ith the enem, the ports handled a growing number ol neutral vessels which called for examination voluntarily in order to keep in (avour with the Allies. '

2. Rationing. B means of a comjilex system, n<-utral nations bordering (Germany were allowed imports sufltcient only for their own needs. Fhe aim obviousl), was to prevent the re-exportation of goods to the (Jetitral Bowers. In practice this measure had matn loopholes and supplies did get through to Germans, but the system was still fjuite ellectise and was seserely tightened alter America joined the war. Although fairopean neutrals resented British interference, more often thati not it was in their interest to comply with the regulatiotis lest they itieui retaliators' measures such as conftscatioti of their goods.

3.  .Nas icerts. Fhese were letters of clearance issued for neutral cargoes, certifying their origin, contents, and destitiation in order to simplify subsequent processing.

4.  Blacklists of firms know n or suspected to be trading with the enemy. If neutrals continued dealing with them, the. Allies retaliated by blaek-listing the ships carryitig sueh trade and denying them fuel faeilitic’s at sea.

5.  Butiker control. Britain’s coal exports and command of the major ocean routes and the eoal-ing stations along them allow ed her to regulate fuel for neutral essels in transit.

7.  Pre-emptive purehasing of neutral food surpluses to deny them to the enemy.

'Fhese and other. Allied measures led Germany to revive unrestricted submarine warfare in February t9i7, and this in turn led to American entr) into the war. Fhe blockade tightened still further, and as 1917 wore on very few imports were reaching the Central Powers. Many necessities of life disappeared altogether, civilian morale was undermitied, and internal collapse was hastctied. Several historiatis have concluded that without the blockade, the defeat of Germany would have been ‘at least doubtful’. What is known is that widespread malnutrition, tuberculosis and other ailments resulted from the deprivations of its final eighteen months. .An aecurate caleulation of resulting deaths is not possible, but estimates run as high as 750,000. 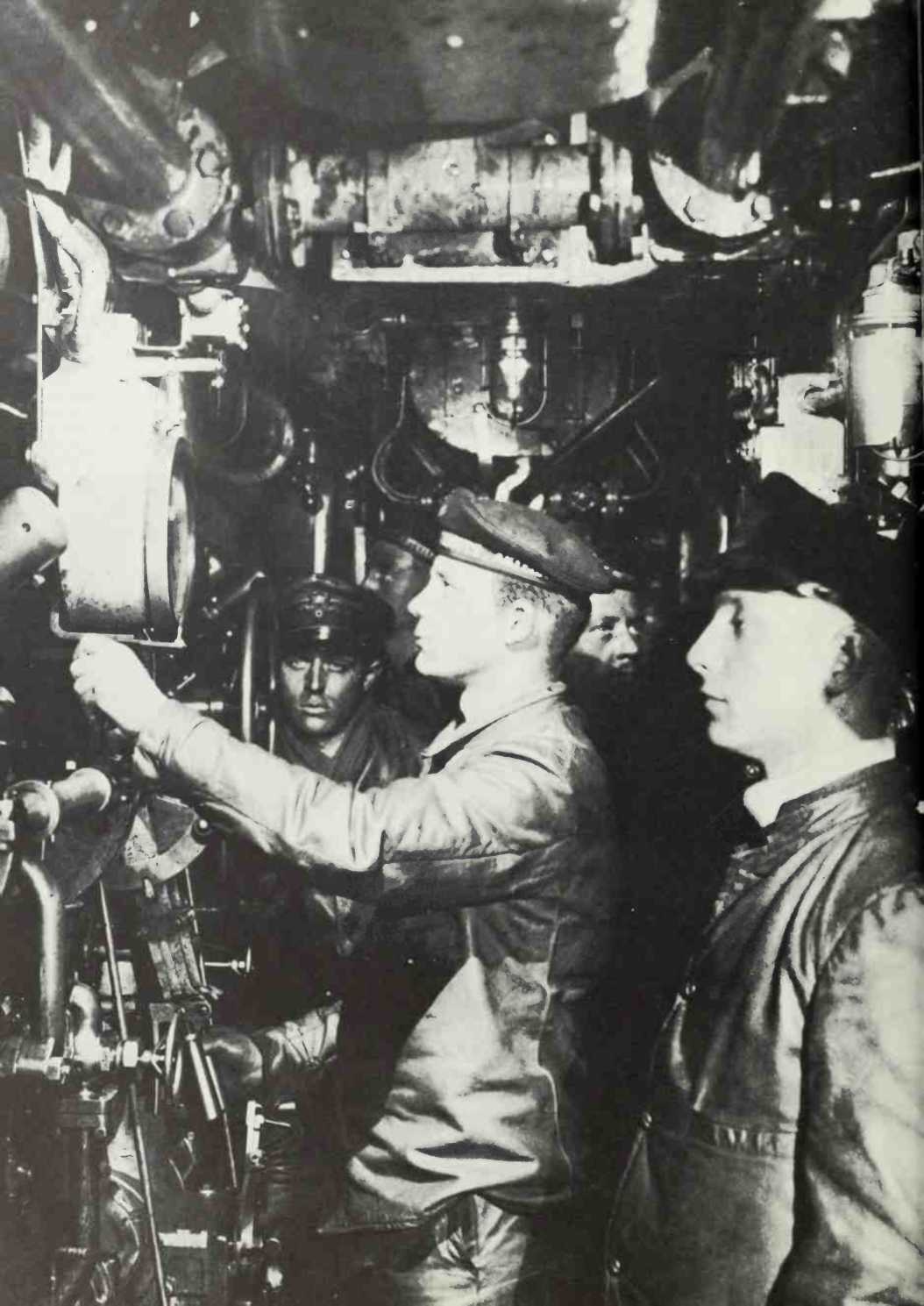