Russian Armour In The Second World War (Images of War) 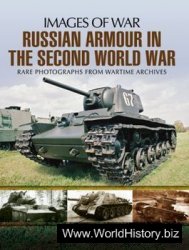 It was the Stalin's tanks and armored fighting vehicles and their crews that finally pushed the German Army back from the outskirts of Moscow in late 1941 and early 1942. Proof of the Red Army tanks' and AFVs' effectiveness came at the Battle of Kursk in the summer of 1943 when they defeated the cream of the Panzertruppen, From that point on, the tanks and armored fighting vehicles of the Red Army continued their offensive operations until they victoriously entered Berlin in April and May 1945.