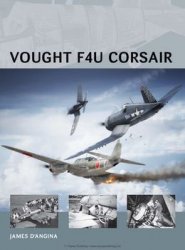 
With over 12,500 produced, the Vought F4U Corsair is one of the icons of mid-20th century military aviation. It was as a Marine Corps aircraft that the Corsair was to become famous, fighting through World War II and Korea. Able to outperform its contemporaries, notably the A6M Zero, the Corsair combined speed, resilience and firepower. It also served in Indochina and Algeria, and in 1969’s ‘Soccer War’ between Honduras and El Salvador, Corsairs were flown by both sides and fought the last propeller-aircraft dogfights in history. This highly illustrated volume recounts the design and development history of one of the most iconic fighters in military aviation history.