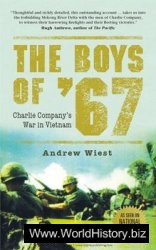 In the spring of 1966 the Vietnam War was intensifying, driven by the US military build up, under which the 9th Infantry Division was reactivated. Charlie Company was part of the 9th and representative of the melting pot of America. But, unlike the vast majority of other companies in the US Army, the men of Charlie Company were a close-knit family. They joined up together, trained together, and were deployed together. This is their story. From the joker who roller-skated into the Company First Sergeant’s office wearing a dress, to the nerdy guy with two left feet who would rather be off somewhere inventing computers, and the everyman who just wanted to keep his head down and get through un-noticed and preferably unscathed.