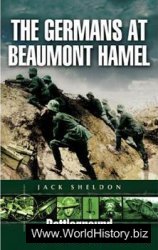 Beaumont Hamel is a name which conjures up appalling visions of the catastrophic reverse suffered by men of VIII Corps, British Fourth Army on 1st July 1916, when thousands of men were killed and wounded for no gains whatsoever. Ninety years on, the events of that day still exert a powerful fascination for those interested in the great trench battles. This book, which covers the Old Front Line from Redan Ridge to the Ancre, describes how the defence of the area became so strong, the reasons for German early success during the battle and explains how the British defeat of July was transformed into victory, when the fall of Beaumont Hamel marked the final flicker of success, before the battle was mired to a standstill in the mud.