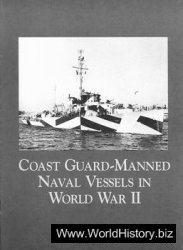 Under a Joint Chiefs of Staff agreement signed 14 March 1944, the Coast Guard was designated to man certain small Army Transportation Corps vessels (with some already operating in the Southwest Pacific and manned at the time by civilians). The agreement reads: "The Coast Guard, due to decrease in category of defense in the United States, will have some personnel available to man ships and craft for which civilian personnel cannot be obtained."