Beginning with John Hyrcanus I, the Hasmoneans minted a series of small-denomination bronze coins. Unlike other Hellenistic rulers, the Hasmoneans did not depict the figures of humans, gods, or animals on their coins. Instead, they 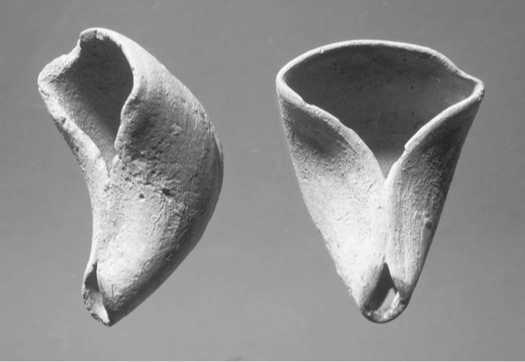 Used symbols alluding to royalty (such as diadems), victory (such as wreaths and anchors), and prosperity (such as cornucopiae [horns of plenty]). The anchors depicted on Hasmonean coins might symbolize naval victories or the conquest of major port cities. The coins are also inscribed with the names and titles of the Hasmoneans under whom the coins were minted. The inscriptions are in Greek and Hebrew. The use of Greek by the Hasmoneans — like their adoption of Greek names early on — is interesting, considering that originally Mattathias and his sons opposed Antiochus IV Epiphanes' attempt to impose Greek culture on the Jews. The Hebrew inscriptions on the coins are written in the ancient Hebrew script (paleo-Hebrew), which had been abandoned by the Jews after 586 B. C.E. in favor of the Aramaic script. The use of the paleo-Hebrew script likely was an allusion to the revived biblical kingdom of David and Solomon.

Mattathias Antigonus put an image of the seven-branched menorah on his coins, which symbolized the Jerusalem temple and the establishment of Jewish

5.9 Coin of John Hyrcanus I. Courtesy of Zev Radovan/BibleLandPictures. com.

5.10 Coin of Mattathias Antigonus with a depiction of the menorah. Courtesy of Zev Radovan/ BibleLandPictures. com.

Independence from Roman rule (as the Hasmoneans served as high priests and kings). The menorahs on these coins and those incised on the walls of Jason's Tomb are the earliest surviving depictions of the seven-branched lampstand used in the Jerusalem Temple.