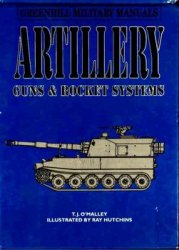 No matter what new weapons and electronic-based weapon systems appear, artillery continues to dominate the battlefield Operating as part of a team which includes infantry and armour, artillery remains the one weapon which can dictate the course of conflict, both in attack and defence Artillery takes many forms, but is divided mainly into towed and self-propelled types, with the quite separate categories of multiple rocket systems and heavy mortars adding to the overall potential This survey is thus divided into those main categories but there are frequent overlaps of type and function. Of the four mentioned the self-propelled artillery piece is now the most important. Even after the addition of mobility to its firepower potential is considered the overall fact remains that the modern battlefield is a lethally hostile environment in which to survive unless armoured protection is provided.