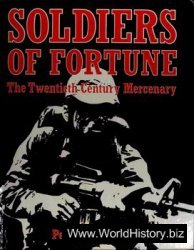 Basically, there are three types of fighting forces, and three reasons for fighting. There are standing armies (recruited by a state to protect its interests) which are formally written into the law of the land, are paid at agreed rates and are sustained by a national code of military law that em powers the officers in command to maintain discipline. Nationals may be conscripted into such forces or they may volunteer. Non-nationals may be recruited to bolster the size of national forces, such as the Gurkhas who are part of the British army, and the Foreign Legionnaires who belong to the French army.