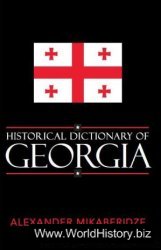 Few countries have fought so long and so hard to affirm their right to statehood as Georgia—a tiny republic squeezed between the Black Sea and the Caspian Sea and in the vicinity of great empires. Its emerging principalities and kingdoms have had to struggle to achieve a semblance of unity and then fight even harder to maintain independence from—among others—the Greeks and Romans, the Byzantines and Persians, the Mongols and Turks, and then the Russians, in the guise of an empire, a soviet republic, and at present a state. That there is an independent Georgia today—even one shorn of regions that once belonged to it—is a bit of a miracle. And it is hardly surprising that even within its borders there are regions that have broken away or might seek to do so. This helps to explain why present-day Georgia has so many political, economic, and social problems. But it has overcome even more serious challenges in the past and just may do so again. Georgia is not a big country, and its population is not particularly numerous, but it has an amazingly complicated history and rich culture. Thus, to do it justice, a somewhat larger volume than normal was necessary. This historical dictionary starts with an extensive chronology that follows the many twists and turns of a very long history and one that keeps generating events at an astounding pace. This is followed by an introduction that presents the country and its people and summarizes its history. Then comes the dictionary section—an unusually large one, containing about 780 entries on important persons, places, and events, and on politics, the economy, society, religion, and culture. The appendixes provide lists of dynasties and rulers—kings, presidents, and prime ministers—and pertinent demographic and economic details. Given the dearth of literature (especially in English), the bibliography is particularly important to help readers follow up on aspects of particular interest. This Historical Dictionary of Georgia is one of the last in the European series, and it is not surprising that it was so long in preparation, since it was particularly hard to find an author who could present so many aspects in such detail and do so in English. This author is Alexander Mikaberidze, who graduated with a degree in international law from Tbilisi State University in 1999 and obviously has a keen interest in everything related to Georgia as well. In addition to pursuing his legal studies, he received a doctorate in history from Florida State University and taught European, world, and Middle Eastern history there and at Mississippi State University as well. His lifelong interest in history has centered not only on Georgia but on military history, particularly the Napoleonic Wars on which he has written extensively. This unique reference work on a unique country will doubtless fill some of the countless gaps in the general public’s understanding and will also help specialists track down some elusive information.