The Crimean War: A Russian Chronicle 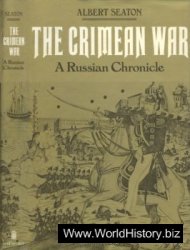 Military history is often seen from one point of view, and this is especially true of the Crimean War where the 'Charge of the Light Brigade' and Florence Nightingale are, for English speakers, the focal points. This account looks down different gunsights—Russian—and re-constructs events as they saw and expressed them in their letters, diaries, despatches, orders, and eye-witness accounts. Albert Seaton, having first set the diplomatic and political scene and having described the make-up, training and equipment of the Russian armies goes on to bring to life those ferocious battles and sieges—the Alma, Balaclava, Inkerman, Sevasatopol and Chernaia Reka—as experienced by the Russians.