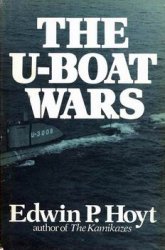 World War II began in September 1939. Within four months, the Nazis sank one third of the entire British battleship force, beginning with the daring entry of submarine U-47 inside the British defenses at Scapa Flow to torpedo the Royal Oak. In the first six months after America's entry into the war, six U-boats sank fully half the total registered tonnage of the United States. The East Coast beaches ran black with oil. Despite the experience of the First World War that had made clear the lethal potential of German undersea warfare, and the massive buildup of Nazi military might in the 1930s, neither of the two great Allied powers developed adequate antisubmarine defenses, and the weapons they did have were virtually useless.