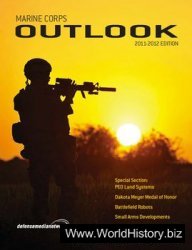 After a decade of warfare in Iraq and Afghanistan, today the Marine Corps is dedicated to getting back to its amphibious roots, lightening its load, and reclaiming its role as the nation’s premier middleweight expeditionary force, as J.R. Wilson writes in “Marine Corps 2030.” Obstacles include looming defense budget cuts and shrinking manpower as its force structure is cut, but the Marine Corps has traditionally done more with less than any of the other armed services.