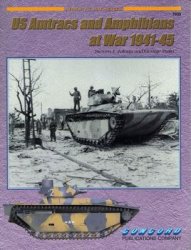 Amphibious assault is one of the most difficult challenges in modern warfare. The defender has a natural advantage since the sea poses a formidable natural barrier to most military operations. With the advent of powerful coastal guns and steel-reinforced concrete fortifications, amphibious assault became all the more difficult. But amphibious assault also has it advantages. Coastlines are often long, and it is impossible to defend all locations. If a weak spot can be found, forces can be landed in relative safety. Until World War II, amphibious landings were conducted by improvised means, usually using ship's boats.