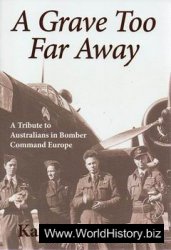 This book illuminates the story of the men of (RAF) Royal Air Force Bomber Command Europe 1939-1945, who answered the call of their nation to defend the Mother Country in World War II. It is a tribute to the Australians who served in Bomber Command Europe, particularly those who died. Not only did these young men never really live, but they were the best of the best, and Australia would have been profoundly richer for their presence. Their loss and legacy will endure for generations.