This tendency to link an athletic festival to the needs of the host city can be found in the Karneia at Sparta, a city-state well known for its educational system, in which children were removed from their homes and placed in communal training centers. (The Spartan system also applied more inclusively to girls and women than is attested elsewhere.) The Spartans controlled both the valley of the Eurotas River (Lakonia) and the neighboring plain of Messenia on the other side of Mount Taigetos to the west, but these lands were tilled by the indigenous peoples. The Spartans thus had both the leisure and the need to develop a strong military force from their own citizen body: the homeland required protection against forces both without and within. As a result of this situation, a Spartan fighting force developed that was legendary for its invincibility. Even the slaughter of Leonidas and his three hundred heroic Spartans at Ther-mopylai against overwhelming numbers of Persians only fed the stories of Spartan military prowess, while the successes of the Spartans in the sixth and fifth centuries further burnished their legend.

This mythology created, or re-created, a similar system of education in the Roman period that was itself the source of even more stories. Later sources, together with an actual rejuvenation of Sparta in the Roman period, make it difficult to assess the true state of affairs in the earlier period of Spartan glory, but there is enough contemporary evidence from the Classical period to suggest that the later stories are not as exaggerated as they might appear.

Ancient sources offer an image of civic athletics that is similar in many ways to the correlation of games and civic needs in Athens and Larissa that we have examined, although we have no comprehensive program of the various games. Certainly, there were many games festivals throughout Lakonia, but the most important were the Hyakinthia and the Karneia, both sacred to Apollo and both having roots that went back to very early times. The Karneia were sufficiently important that a list of victors was compiled in the fifth century, and a foundation date sometime in the twenty-sixth Olympiad (676 - 673) was established. The festival included various events in the hippikos and mousikos agones, at least in the earliest period, while musical competitions are also attested in the Hyakinthia in many periods. They were always appropriate, of course, in festivals dedicated to Apollo.

More details are known about the program of events in the gymnikos agon of the Karneia. These included a stadion and diaulos race, as well as the long-distance dolichos, all of which must have been similar to the standard events at other sites. Another footrace called the makros (long-distance) was presumably longer than the dolichos; unfortunately, no details are known. Thepente dolichos must have been five times the length of the dolichos, and it is clear that the Spartan games emphasized long-distance running more than games in other cities did. The hoplitodromos is attested only once, in a village outside of Sparta proper. It maybe noted that no Spartan ever won — so far as we know—the hoplitodromos at Olympia. It seems not to have 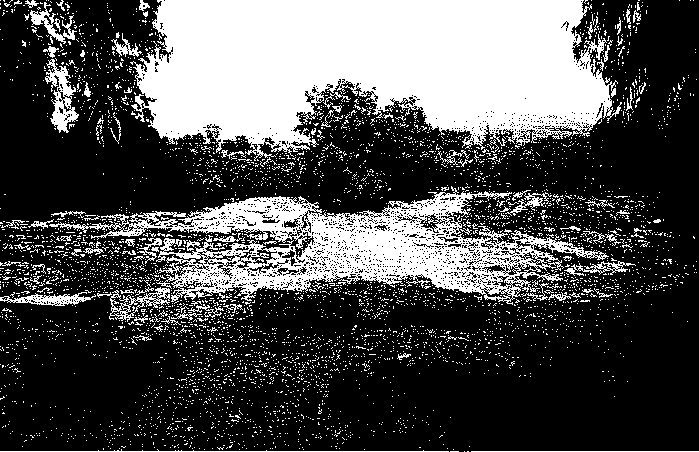 Fig. 232 The temple of Artemis Orthia at Sparta (left), with the foundations of the Altar of Artemis at right (photo: author).

Been a favorite. Much more popular was the pentathlon (including wrestling); the many dedications of diskoi and halteres jumping weights) by successful Spartan athletes suggest that the pentathlon held a special place of honor.

A later Roman-period source (Philostratos, On Gymnastics 9; A 37) claims that the Spartans invented boxing because they had no helmets and wanted to toughen their faces, but they later ‘‘quit boxing and the pankration as well, because these contests are decided by one opponent acknowledging defeat, and this might give an excuse for her detractors to accuse Sparta of cowardice.” While the mythic Lakedai-monian Polydeukes was described as an excellent boxer (Theokritos, Idylls 22.27-135; A 39), the Spartans’ refusal to box in later times sounds like part of the mythology of historic Sparta. The same conclusion could be reached from Plato’s assertion that Athenians who were fans of the Spartans emulated them by binding their hands with himantes and boxing so that they would acquire deformed ears like their heroes (Protagoras 342B-C). But there is no certain evidence that a Spartan won any victories in boxing or the pankration at any of the Panhellenic sites, nor were these events apparently held locally, though we have abundant evidence for the other events. From the year boxing was added to the Olympic program (688), until the end of the fourth century B. C., for example, Spartans won forty-four times in other events of the gym-nikos agon but never in boxing or the pankration. It appears that the “myth” of the Spartan refusal to compete in these events had a basis in historic fact.

The Spartans certainly practiced a kind of boxing and, implicitly, the pankration, but only as part of two peculiar competitions. In one, sphaireis (ball players) competed in a game identified with the episkyros, a team sport in which tribal teams competed in a tournament. Although it was a ball game it involved, at least at Sparta, a lot of pushing and shoving and punches. Rugby is perhaps the closest modern analogy. Even rougher was the competition at the Platanistas (plane-tree grove). This was also organized by tribes into teams of ephebes who competed in a tournament format, two teams at a time. It took place on some sort of island, and the objective was to push the opposing team off the island. There was no ball; contestants would “fight with their hands and by jumping up to kick. They bite and gouge out eyes. They fight man to man in this way, but they also attack as a group violently and push one another into the water” (Pausanias 3.14.10). This is not boxing nor the pankration of Olympia, but it surely toughened faces.

Perhaps the most curious competition of ancient Sparta was the one contested at the Sanctuary of Artemis Orthia (Upright; fig. 232). In the Classical period, the rites here involved attempts by youths of Sparta to steal cheese from the altar while others whipped them. By the Roman period, this had been transformed into an endurance contest where the winner was the youth who held out the longest while the whips

Up under the eyes of their relatives while life was still in them. Their statues are set up at public expense” (Lucian, Anacharsis 38; A127). Bases of such statues have survived, and they confirm the title bestowed on the victorious young man: bomonikes, the altar winner.

The violent games of the Spartans differ only in type and degree from the local civic games of the other Greek city-states. In each festival the ultimate aim was to train the youth of the city to become citizens, and the variations in this training from place to place reflect the particular concerns of each society. But all these competitions had a military aspect; the citizens-to-be were being prepared for service to their country. In this way they differed from the gymnikos agon of the stephanitic festivals, which were not, as some modern scholars have maintained, a training for war. This was recognized early in antiquity. The aggressively militaristic Spartan poet Tyrtaios (650-600, fragment 12) states clearly that the skills of the athlete and the skills of the warrior differ; the former are not admirable in a man who lacks the latter. The same sentiment was expressed a century later by Xenophanes (fragment 2; A 229) and again another century later by Euripides (Autolykos, fragment 282; A 230). This distinction between the war games of the local civic athletics, and the nonwar games of Olympia, Delphi, Isthmia, and Nemea must be kept clearly in mind, especially when we consider the relationship of the Panhellenic games to politics (see Chapter 15).

Some modern scholars cite the hoplitodromos as proof that the stephanitic games had their own military aspect, but the late addition of this competition to the

Olympic program suggests that the games were not focused on military training. Furthermore, athletes competed in the hoplitodromos event without fundamental military equipment: offensive weapons like spear and sword. And infantry maneuvers were predicated on team coordination not individual actions. If the Olympic event replicated anything common to military practice, it was running away from the battlefield.

Other differences must also be kept in mind. As already noted, civic athletics were chrematitic, and prizes were awarded for second-place (and sometimes third-, fourth-, and fifth-place) finishers. Further, many of the events were decided by subjective judgments. Who was the most handsome in the euandria? Which tribe had performed the best in the pyrrhic dancing? In the anthippasia? Who decided? At Athens a panel of ten judges, one from each tribe, voted, after which five of the ten votes were selected by lot as the “valid” votes. This was an attempt to reduce the subjectivity of the panel and the prejudices of its individual members. But embedded in such a system was a source of tension and confrontation. Favoritism could easily be charged, and such charges were probably valid in many cases. The stephanitic games, or at least the gymnikos and hippikos agones, avoided such tensions by the objective criteria they set in the competitions for individuals. They were truly an athletics for their own sake, unconnected with military training and conflict.