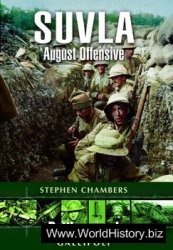 The landing at Suvla Bay, part of the August Offensive, commenced on the night of 6 August 1915. It was intended to support a breakout from Anzac Beach. Despite early hopes from a largely unopposed landing, Suvla was a mismanaged affair that quickly became a stalemate. The newly formed IX Corps, commanded by Lieutenant General Sir Frederick Stopford, failed, not for lack of sacrifice by its New Army and Territorials, but because of a failure of generalship.