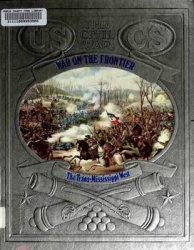 In this volume of the Civil War series we look at the battles in the West, a largely forgotten theater of the Civil War. The territories of New Mexico, Arizona, Kansas, the Indian Territories, Colorado and Dakota, as well as the states of Minnesota, Missouri, Arkansas and Louisiana. While neither side would provide anything close to the numbers of troops seen in the East there would be a long march up and down the Rio Grande in New Mexico, Guerilla raids on both sides of the Kansas-Missouri, Indian fighting in the Dakotas and a campaign up the Red River.